Adele Pays Emotional Tribute To Son Angelo, Who Was Watching Her Perform For The First Time

Adele gave a tearful shout-out to her three year old son, who was watching on at London's O2 Arena on Wednesday.

Adele gave an emotional shout-out to her young son Angelo during one of her sold-out shows in London this week, telling the crowd it was the first time that he was watching his mother perform live.

“This is the first show my baby boy has seen me do,” she told the crowd at the packed O2 Arena in London on Wednesday (March 16th). She spent a long period of time away from the spotlight to welcome her first child with fiance Simon Konecki back in October 2012. 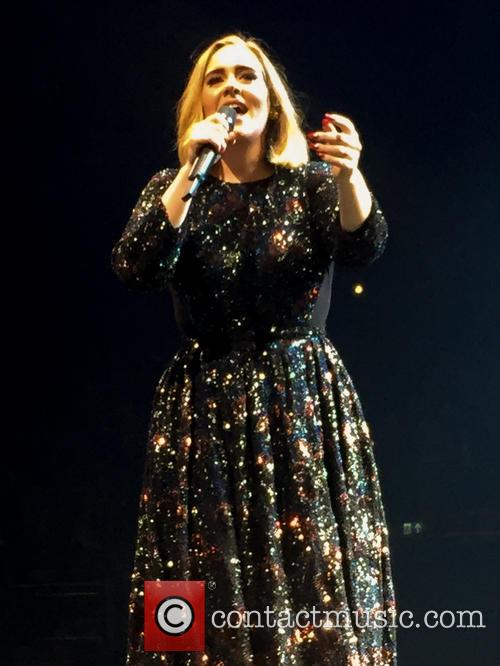 A fan video filmed on the night and posted on Twitter shows Adele pointing at three year old Angelo in the crowd and saying “I love you so much Peanut!”, during a rendition of her smash hit single ‘Someone Like You’ that had the crowd singing along.

27 year old Adele recently revealed that she considers motherhood “the greatest thing” in her life, claiming that she finally found “purpose” when Angelo came along. “It's the greatest thing I ever did,” she told The Sun. “Now I have a purpose. I want him to be proud of me and understand why I do this.”

More: Adele brings newly engaged couple on stage – but at first she thought it was a fight in the audience

Her eight night residency at the O2 had already yielded one emotional performance earlier in the week, as she invited a couple of fans on-stage the night before who had just gotten engaged as she performed her song ‘Make You Feel My Love’.

for all the adele fandom people who are retweeting me, she's crying a little bit ?? pic.twitter.com/hCSzQin6Pv

The British leg of the tour, which sold out in record time at the end of last year, is taking in two nights in Glasgow and four nights in Birmingham before heading back to the O2 in London for two more gigs on April 4th and 5th. It then heads out into mainland Europe before the second leg begins in North America later this year.

Adele is still basking in the massive success of her third album 25, released in November last year. It’s currently at the top of the British album charts nearly four months later, and is at Number 2 in the States.