Sometimes artists wear their influences on their sleeves.

Adele's new song 'Hello' has had the internet going crazy these past few weeks; people are excited for the release of her upcoming comeback album '25' and thus have this across-the-board number one on repeat. However, as with a lot of hit tracks, it hasn't been without its criticism and in this case people are commenting on the remarkable similarity to a Californian storyteller we all know and love.

The Tom Waits comparison has, in itself, been critized; but whatever people say, the fact can't be ignored that the lyrics to 'Hello' do bare remarkable parallels with Waits' 1973 song 'Martha'. Both dictate a phonecall to a long lost lover, reminiscing about their early days and reflecting on their young, foolish selves. It's not exactly a copy, merely a divine inspiration.

Sometimes, however, a song's influence can be way too obvious.

1. Nirvana - Come As You Are: The beginning riff to this hit 90s grunge tune sounded so similar to Killing Joke's 1984 song 'Eighties' that even Kurt Cobain was nervous about releasing it. There's debate over whether or not Killing Joke actually filed a lawsuit over it, but nonetheless they weren't best pleased when they discovered the likeness. Anyway, the argument is easily solved because they both damn near ripped off The Damned's 1982 song 'Life Goes On'. So... go figure.

2. Iron Maiden - Fear Of The Dark: The title track to this metal band's 1992 number one album probably has one of their most memorable power riffs; unfortunately, it's very much not their own. Sisters Of Mercy fans will note the distinct similarity to 1983's 'Temple Of Love'. It's truly remarkable that this issue was never noted or, indeed, that it never went to court.

3. Marilyn Manson - I Don't Like The Drugs But The Drugs Like Me: That rythmic, rock 'n' roll guitar blipping you get after the initial introductory line is frighteningly identical to the one in David Bowie's 'Fame'; and it has been commonly described so. There doesn't appear to have been any animosity over it, even though the subject matter also bear similar inspirations. 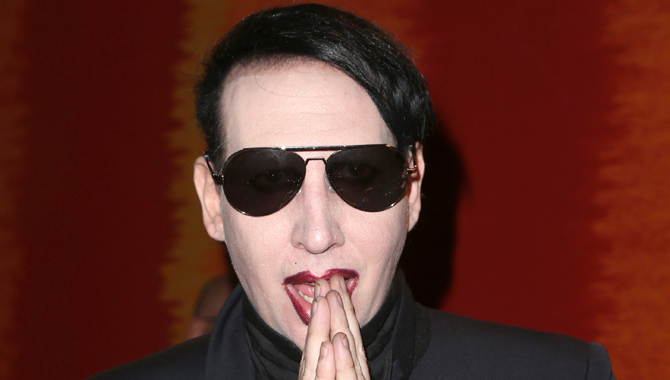 4. Nine Inch Nails - The Hand That Feeds: Say what you like about Trent Reznor's industrial rock band, but there's no denying the guy's talented. However, sometimes you hear a little more influence than you'd expect - and from unusual places. In this case, the bass line is almost note perfect to The Kink's first number one hit 'You Really Got Me'. Mind. Blown.

5. Katy Perry - Roar: The pop star and her fellow writers were amazingly bold when it came to the chorus of this unbelievably successful tune. Forget the hoo-ha about Sara Bareilles' 'Brave', what does 'I got the eye of the tiger, a fighter' remind you of really? How about Survivor's 'Eye Of The Tiger'?! I.e. 'It's the eye of the tiger/ It's the thrill of the fight'.

6. Passenger - Let Her Go: This is a bit of an obscure one but the main melody of the tune fits remarkably well with 'Emergency Contraception Blues'; an instrumental Bombay Bicycle Club tacked on to the start of their debut album 'I Had the Blues But I Shook Them Loose'. It isn't fair to say th former copied the tune of the latter, but the reminiscence is hard to deny.

7. U2 - Beautiful Day: That dreamy soundscape in the intro is structured very much like 'The Sun Always Shines On TV' by A-ha, and that explosive drum-start in the chorus is equally not dissimilar, nor is the chord progression. In fact, if you put the lyrics from A-Ha's song to the tune of U2's, it wouldn't sound out of place whatsoever.

8. Mark Ronson ft. Bruno Mars - Uptown Funk: This hardly needs to be said, but this pop hit is very much influenced by James Brown's 'Living In America'. From the 'Ow!' interjections to the melodic beat and the rhythm of the vocals, and - most shockingly - the comparatively identical use of trumpets. On the other hand, there's very few pop artists out there who aren't influence by the founding father of funk. 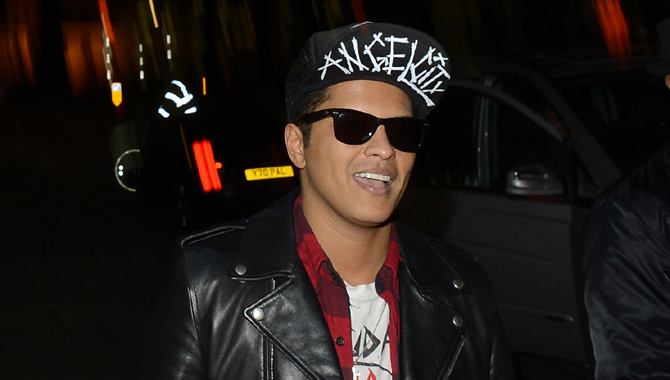 9. Kelly Clarkson - Heartbeat Song: Clarkson is unmistakably channelling her inner Jimmy Eat World with this track; the chorus sounds unquestionably like that of 'The Middle'. It seems the critics might've noted this similarity, but it doesn't look like the songstress is facing a lawsuit anytime soon.

10. Robin Thicke ft. Pharrell - Blurred Lines: So I suppose we can't be writing about this sort of thing without mentioning this mess; not only did Thicke and Pharrell manage to upset people with the lewd video and the sexist lyrics, but they also were forced to pay millions to the family of Marvin Gaye for copyright infringement, having imitated various aspects of 'Got To Give It Up' such as the high pitched vocals, and the smooth multi-instrumental rhythm. Probably one of the biggest showbiz scandals of 2013.

11. Lady Gaga - Born This Way: Gaga has slammed both Madonna and her backers for accusing her of ripping off 'Express Yourself'. It has to be said, though, that not only is the chord progression virtually the same, but there's also a hint of melodic influence; both have that building crescendo in the vocals and even Madonna managed to blend the choruses together seamlessly during a soundcheck for her MDNA Tour.

12. Leona Lewis - One More Sleep: This was a pretty catchy song for Christmas 2013, and it left us with a bit of an earworm. Unfortunately, it was an earworm for the Thompson Twins' 'Hold Me Now', whose chorus is so alike in its vocal melody. The resemblance is unshakeable.

13.  Oasis - Step Out: The chorus to this 1996 tune sounds so much like Stevie Wonder's 'Uptight', that the band were forced to make it a B-side to 'Don't Look Back In Anger' rather than include it in their '(What's the Story) Morning Glory?' album, since Wonder himself demanded 10% of the royalties. Word to the wise; don't duplicate the legends. 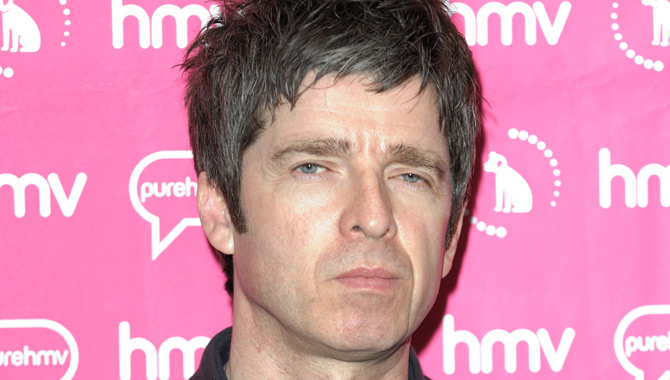 Oasis got into big trouble with Stevie Wonder