Adele To 'Snub' Oscars In Favour Of Belfast Tour Date

The Oscar winning singer is kicking off her world tour on February 29th.

Adele has reportedly 'snubbed' the Oscars, after being offered the chance to present an award at this year’s ceremony. The signer, who won the Oscar for Best Song in 2013 for ‘Skyfall’ is said to have turned down the opportunity because it clashes with the beginning of her world tour. 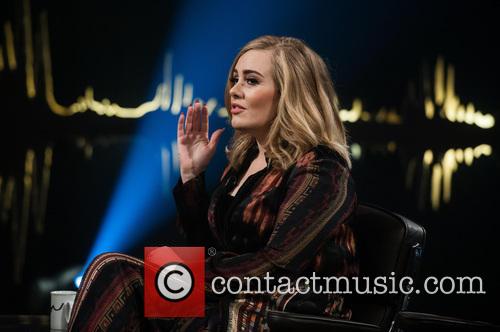 Adele has reportedly turned down the chance to perform at this year’s Oscars.

The Mirror reports that Oscar bosses even offered to provided top-class private transport for the star to ensure that she would arrive back in Belfast in time to launch her world tour on February 29th.

More: Adele To Perform At The Grammys

A source told the paper: “Organisers are desperate to get her and will still do anything to make it happen but she feels the ­turnaround is too tight and will not let anything jeopardise her tour. She is aware things can go wrong which causes delays and also the ­potential impact of a long flight on her voice.”

“She has dug in her heels on this one. There were people in her team who think the Academy Awards is too big a deal to miss but Adele is in a league of her own in terms of fame and success. Amazingly, she doesn’t really need it.”

More: Just Like The Rest Of Us Nicki Minaj And Victoria Beckham Loved Adele's 'Carpool Karaoke’

Adele’s world tour sold out in a matter of minutes after it was unexpectedly announced last year. Fan who miss out on tickets have now been urged not to pay ‘sky high’ prices on secondary sites, some of which are listing tickets for more than 30 times their original value.

The Adele Live tour includes 49 dates across Europe, with six nights at London’s O2 Arena. In July she will then embark on a North American tour finishing on November 15th in Mexico City.