Singer refused to talk to him when he called her. 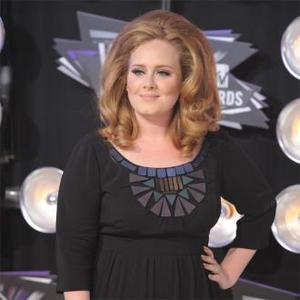 Adele mistook Sir Elton John for a prank caller and refused to talk to him.

The '21' singer said she received a call from the 'Rocket Man' singer before she was due to attend the Grammy Awards ceremony this year where she won in six categories.

However she thought the 65-year-old star was someone else playing a joke on her.

She said: ''I had no idea who it was and he just started chatting away to me and I passed the phone over to a friend and I was like 'yeah, it's Elton'.

''It still cracks me up. It made me think my god, it's another level now.''

Meanwhile the 24-year-old star has revealed that she would be ''mortified'' if any of her ex-boyfriends wrote songs about her.

The 'Rolling in the Deep' singer said she would panic if one of her former partners publicly revealed details of their relationship.

Adele said: ''I'd f****** s*** myself. I'd be mortified. But also if they wrote songs about me, they'd be: 'This song's about Adele'. I've never given any names ever, but everyone's going to know this song's about me. No-one actually knows who my songs are about.''

When asked if she'd like to take some of the details she had revealed on her albums she admitted she would.