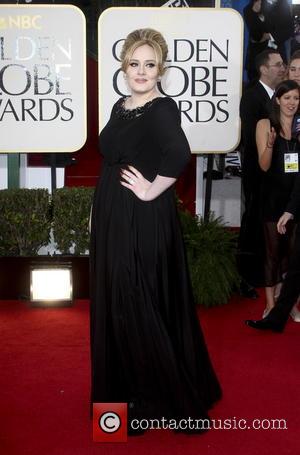 In a world of endless "thankyous" and classy jokes, the acceptance speech can be hard to master, considering you're expected to give it just after what can only be good news, unless you're Jaoquin Phoenix.

So when British powerhouse singer Adele popped up on stage to collect her award for best original song for the James Bond track, Skyfall, the Hollywood audience were privy to something a little different. "Oh my god! I've come for a night out with my friend Ida," she asserted. "We're new mums. We're literally here for a night out!" she added, and was met with a titter. "I was not expecting this... thank you so much for letting me be a part of your world for a night. I've been p***ing myself laughing," she said, which garnered more of a laugh, before she said, "This is for my boyfriend, Simon, who convinced me to do it, and for my lovely son," and left the stage.

She also thanked Paul Hepworth, who she co-wrote the song with, and Daniel Craig for being "such a wonderful Bond". And off she went, flustered and excited as they come, and thoroughly charming to boot. Elsewhere at The Globes, Les Miserables picked up three awards, and Ben Affleck stuck it to The Academy - who ignored him in the best director category while handing him a chance in the best film section - by winning best director for Argo.

Adele's security team loading up her car with loads of baby stuff!