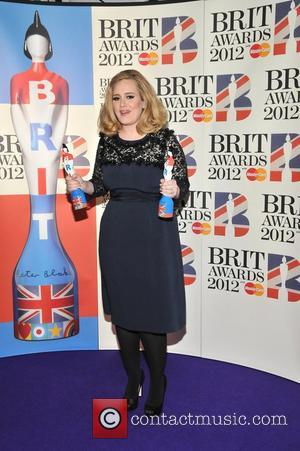 Vocal powerhouse Adele has spoken candidly about her weight once again, still reiterating that she has no intentions of dropping her weight unless she absolutely has to.

Excerpts from her new biography, written by Chas Newkey-Burden, have been published in USA Today and reveal that the the 24-year-old Grammy-winning singer has no hang-ups about her body at all, with the new book quoting Adele as saying: "I've always been a size 14-16 and been fine with it. I would only lose weight if it affected my health or sex life, which it doesn't."

The latest insight, which is out just in time for Christmas, reveals much more than Adele's opinions on her own weight, covering a whole host of ups and downs experienced by the still-young songbird. The book goes on to cover the singer's adoration of her grandfather and mother, and the sacrifices that her mother made when bringing up the future platinum-selling artist. It also covers some of her vocal inspirations, who include Etta Fitzgerald and Roberta Flack, and delves into her health hang ups not including her weight, namely her smoking and drinking.

Unfortunately though, one thing that many of us may have hoped would come in in the book remains absent - the identity of her muse behind hit album 21.