Adele Reveals She Grew A Beard After Getting Pregnant

Adele told amused fans during her Glasgow gig last week that hormonal changes in her body during pregnancy caused her to grow a beard - which she then called 'Larry'...

Adele’s between-song monologues and interludes on her current world tour are grabbing even more headlines than her music recently, and she added another bizarre revelation during her recent gig in Glasgow: she once grew a beard!

Not deliberately, lest we accidentally portray the multi-million-selling ‘Hello’ singer as some kind of mutant, but as a result of the hormonal changes her body underwent when she was pregnant with her son Angelo. Actually, it’s a symptom that’s more common than it sounds, with Drew Barrymore revealing back in 2013 that she grew a “wonderful little goatee” when expecting her second child. 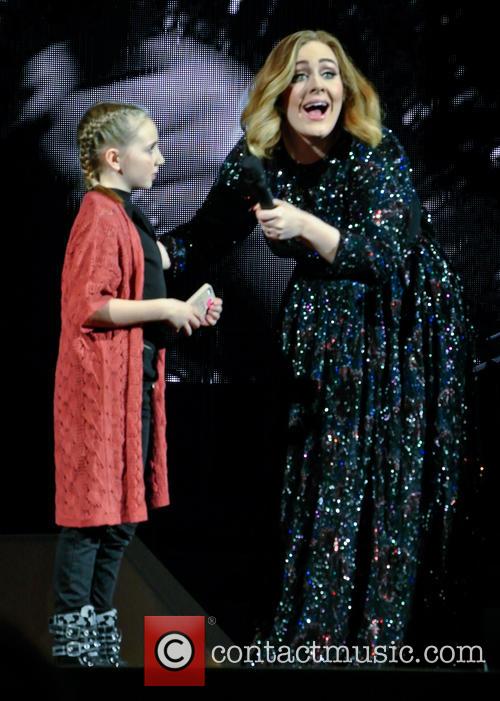 Back in Glasgow, Adele told the crowd: “When I got pregnant I had so much testosterone in me that I grew a beard,” to more than a few sniggers of astonishment. “'I only cropped it last night. It's actually true. I'm not telling a joke. I actually have a beard. I’m proud of it,” she continued, “I call it Larry”.

Glamour reported that it actually happens because of increased levels of estrogen (not testosterone, as Adele thought), “This is very common,” the publication quoted Denny Martin, D.O., an assistant professor of obstetrics, gynecology, and reproductive biology at Michigan State University, as saying.

Adele got herself onto the strange topic of conversation after she told the crowd about her partner Simon Konecki’s facial hair. “There are a lot of good beards here. My man’s got a good beard and trims it sometimes in the summer. It really annoys me – but I do have a beard myself. I understand when it gets hot.”

Just as the crowd began to quieten down after her self-effacing comments, Adele then said: “If anyone gets a glimpse of my really hairy legs I’m really sorry but I’ve got a weekend off, so no need to shave my legs!”