Adele Weighs In On U.S. Elections: "Don't Vote For Him"

Adele came out pretty strongly in favour of Hillary Clinton during her gig in Miami this week.

Adele has decided to wade in to the American presidential elections, urging her fans at a gig in Florida NOT to vote for Donald Trump – and Hillary Clinton was in attendance!

As she performed at the American Airlines Arena in Miami on Tuesday (October 25th), in front of the Democratic nominee, the singer pledged her personal allegiance to Hillary while urging everybody else to, at least, not vote for her controversial Republican rival.

“I do know what to do - don't vote for him, that's all I'm saying,” she told the crowd in a video that was posted online after the gig by NBC’s Adam Kuperstein.

Adele with Hillary Clinton in attendance at Miami concert: "Don't vote for him!" @AAarena #Adele (via Aaron Resnick) pic.twitter.com/cAJCokgSvW

“I support Hillary Clinton 100%, I do. And for anyone else that wants to vote for him, I don't care, good for you, do whatever you want. I'm just letting you know who I would vote for.”

Clinton, who is generally thought to have come out on top in the three televised debates this month, dropped by the Miami gig for a pre-69th birthday treat after attending a fundraiser earlier in the evening.

According to one of her campaign spokespeople, Nick Merrill, Adele said while onstage that, while she wasn’t allowed to vote in the November 8th elections, she was personally interested in the outcome, saying “I am English, but what happens in America affects me too… I love her [Clinton]. She’s amazing.” 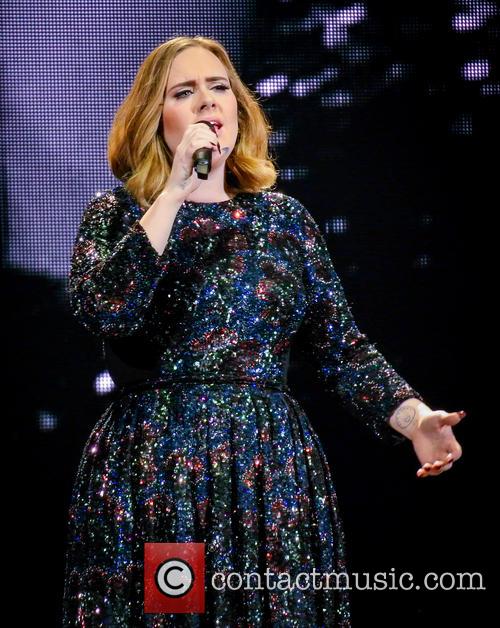 Adele sounded off about the US elections during her Miami gig

Back in February, the 27 year old British megastar upbraided Donald Trump for using her music, particularly her hit ‘Rolling In the Deep’, at his rallies without her permission. “Adele has not given permission for her music to be used for any political campaigning,” her rep said.