Adele needs to be 'working now'

Adele should be out ''working now'' and capitalising on the success of her worldwide smash hit album '21' rather than talking time off to be a mother, pop manager Louis Walsh has claimed. 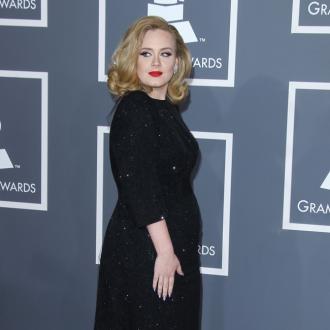 Adele needs to work harder, according to Louis Walsh.

The pop manager - who is a judge on the 'The X Factor' UK - thinks the 'Skyfall' singer should be working on a new album rather than tending to her son, who was born last month, so she can capitalise on her phenomenal worldwide success.

In an interview with the new issue of Q magazine, he said: ''If I had someone like Adele, no way would she not be working now. Fine, have a baby, but then get back out there before they forget who you are! She'd be on every other TV show and there'd be another album ready. Work the room! That's my philosophy.''

Louis, 60, also thinks he could have helped save Amy Winehouse, who died in July 2011 at the age of just 27 from accidental alcohol poisoning.

Amy's substance abuse and troubled personal life meant she never properly followed up her seminal 2006 album 'Back to Black' and the pop impresario believes he could have helped stop her from self-destructing.

Louis said: ''Someone should have told Amy the truth. Drugs don't work unless you're Keith Richards. She was an enormous talent who has made the most important album of the last 20 years. But come on, one album and then you do what you want? No, no, no. If I manage you, you're working so hard you don't have time for drugs. You'll be crying out for sleep. I'm a great believer in old school managers who take charge.''

Among the acts Louis has managed to chart success are Westlife, Boyzone, Girls Aloud, JLS and Samantha Mumba.