The latest celebrity to throw herself into the internet's newest viral sensation.

The internet is officially very weird. A new viral trend is on the rise called the 'Mannequin Challenge', which as you'd imagine involves groups of people standing still mid-activity. Adele is the latest celebrity to jump on the bandwagon, with her own creative Wild West themed challenge. 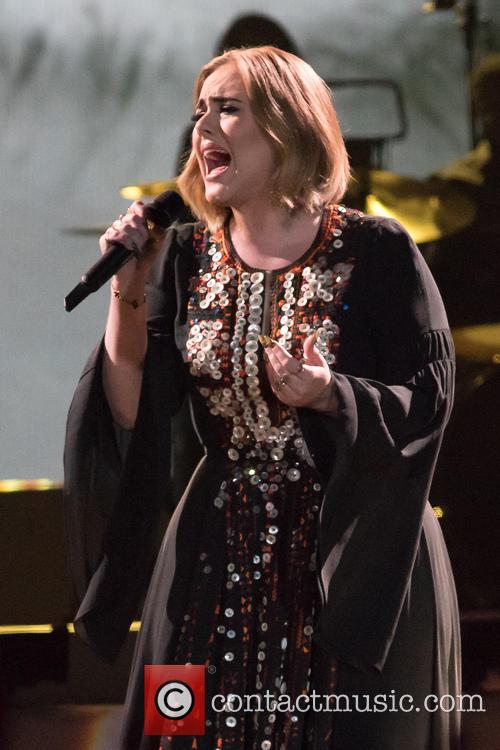 Adele does the Mannequin Challenge

Usually this new craze - started by a bunch of high school students in Florida - involves holding poses for a short video with the song 'Black Beatles' by Rae Sremmurd playing in the background. However, Adele took it in another direction with a 'Westworld' inspired scene depicting a saloon with a pianist, barmen and line-dancers and Johnny Cash's 'Man In Black' (a song that incidentally shares its name with Ed Harris' 'Westworld' character) playing in the background.

Other celebrities to have taken on the 'Mannequin Challenge' include the newly re-united Destiny's Child, who did a Playtime scene at Kelly Rowland's son's 2nd birthday party. They chose the song 'Every Ghetto Every City' by Lauryn Hill for their backing music.

Naturally, Rae Sremmurd have also taken part with a locker room video with the New York Giants, while Diplo managed to get his whole audience involved during his DJ set at a recent show - now that's dedication. Possibly the most amusing, however, was Hillary Clinton's team's efforts with Jon Bon Jovi on board a plane on Election Day. We're absolutely not joking.

You might be thinking that this is some kind of 2016 Ice Bucket Challenge, but the Mannequin Challenge is in fact just a bit of fun; possibly one of the few non-dangerous games to go viral in recent years. There's no charity involved; it's just Musical Statues or Freeze Dance for adults.

There's something poignant about it though. The fact that most people are choosing everyday moments to freeze-frame, it's almost as if we're taking a breather amidst the busyness of everyday life to appreciate our lives in the present. Rarely does the world reflect on such a philosophy in this day and age.