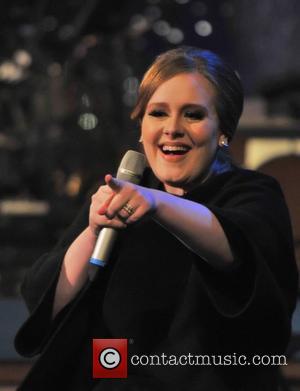 Singer Adele landed a cover of The Cure's LOVE SONG that was originally arranged for Barbra Streisand after realising her first choice for a tribute song was "rubbish".
The Brit initially chose to tackle Inxs' Never Tear Us Apart for her hit new album 21 - but gave up on the idea when she heard the first playback.
She says, "That song's amazing... (but) I didn't do a very good job. It was rubbish. I was listening back to it and, if I was INXS, I'd be gutted."
So instead she started work on a classic Cure song that brought back lovely memories from her youth.
She explains, "It was re-arranged for Barbra Streisand... She was gonna do a bossa nova covers record but she never did it.
"I grew up listening to The Cure and I was missing my mum so much... It was weird, I had this Christmas Carol vision of my mum when I was six and I could smell our apartment and everything, so I was truly moved by it. So we covered it."