Adele and her fiance Simon Konecki enjoyed a rare date night a secret Lady GaGa concert gig in London on Friday night (06.12.13) to help raise proceeds for the Global Fund to fight HIV/AIDS in Africa. 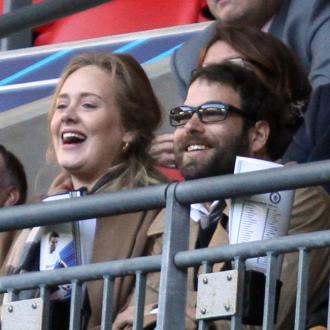 The couple, who welcomed their son, Angelo, into the world in October 2012 and have kept a low profile since then, were among the star-studded audience at the 'Applause' hitmaker's intimate gig at member's club Annabel's in London last night (06.12.13), during which she performed tracks from her new album 'ARTPOP'.

The event, sponsored by Belvedere Vodka, supported the Belvedere red Special Edition bottle, which raises proceeds for the Global Fund, the world's leading financier of programs to fight HIV/AIDS in Africa.