The singer confirmed the rumours during a show in London.

Adele has been confirmed as the final headlining act for this year’s Glastonbury Festival, taking the Saturday night slot on the Pyramid Stage. The singer made the announcement during her sold-out show at London’s O2 Arena on Friday night, with the news later being confirmed by festival organisers. 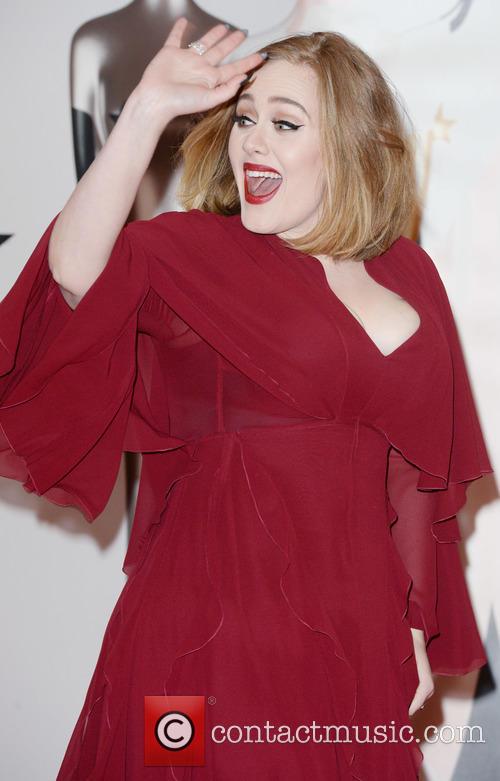 Adele is the final headlining act for this year’s Glastonbury festival.

The Sun reports that Adele told the sold-out crowd: "Who's going to Glastonbury this year? See you there. I'll be there. I'll be headlining on the Saturday night this year.” Rumours had been swirling for weeks that Adele could be the final headliner, but the singer had previously said she was too scared of the big festival crowds.

More: Adele Pays Emotional Tribute To Son Angelo, Who Was Watching Her Perform For The First Time

Adele also revealed that she almost played the festival last year, but had to back out when she realised her record wouldn't be completed in time. "I wanted to do it last year but my record wasn't ready,” she added. “And to the people who say I am too boring to headline, you're more f**king boring for moaning about me headlining.”

The festival later confirmed Adele’s announcement on their official twitter account writing: "As Adele just announced live on stage in London, she will headline Saturday night at this year's Glastonbury Festival!”

Adele had previously teased fans that she might be headlining this year, during her show in Manchester earlier in the week. The singer told fans she would "see them at Glastonbury" even if she wasn't performing, before adding, "I'll be dressed as Elsa and my kid will be Olaf.”

More: Adele Brings Newly Engaged Couple On Stage (But At First She Thought It Was A Fight)

Along with Adele, this year’s festival will see Muse heading on the Friday night, while Coldplay will close festivities on the Sunday. The only other acts confirmed so far are ELO and PJ Harvey. The annual event will run from June 22 to June 26 at Worthy Farm in Somerset.