Adele never used to be one to stand out in terms of her style, but lately she's doing a really good job.

It's quite remarkable how much Adele's fashion choices have change over the years. She's gone from uber casual to uber chic over a period of eight years. Thick knits, leggings and loose fits were her go-to wardrobe staples, but now she's into a more mature, glamorous approach to dressing. 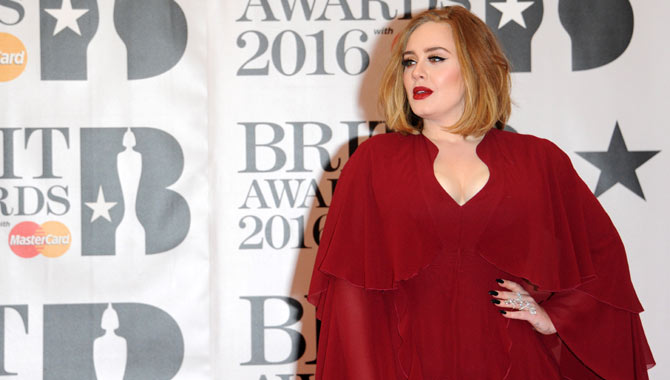 It's true that her body shape has changed a lot since she released her debut album '19' in 2008, and with that it seems she has grown to really appreciate and know her figure, adorning it appropriately and turning more and more heads with each red carpet appearance. 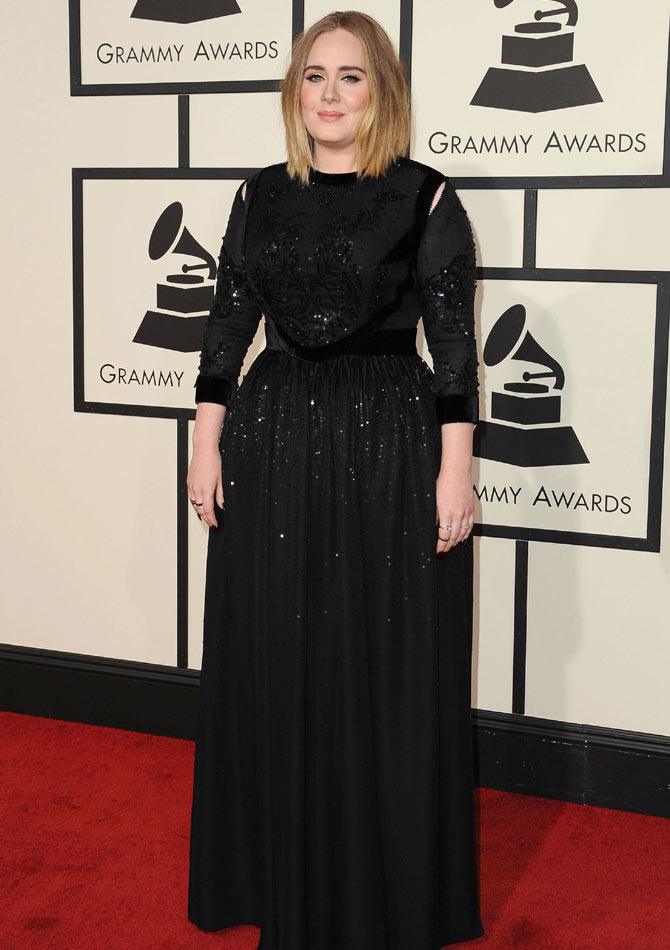 She still loves to wear black, but these days she does it best with floor-length, sparkly ensembles like her Grammys 2016 Givenchy gown which wasn't far from her 2013 Oscars number by Jenny Packham. When she isn't wearing dark colours, she rocks in red and floral prints; take her brave calf-length dress at the 2013 Grammy Awards, for example. But it was this year's sensational crimson show at the Brit Awards that took our breath away and really made us appreciate her as a style icon. 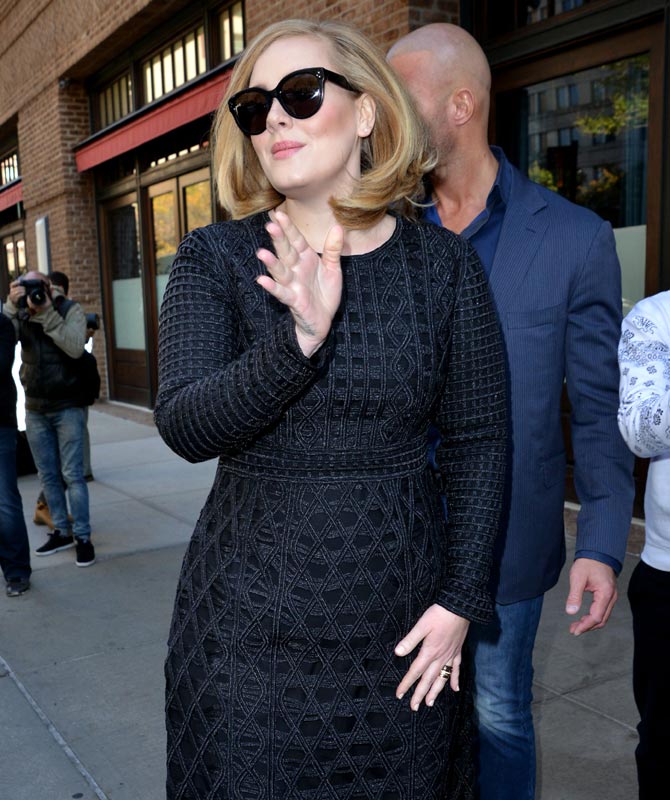 Singer Adele in 2015 outside her NYC hotel. Credit: Famous 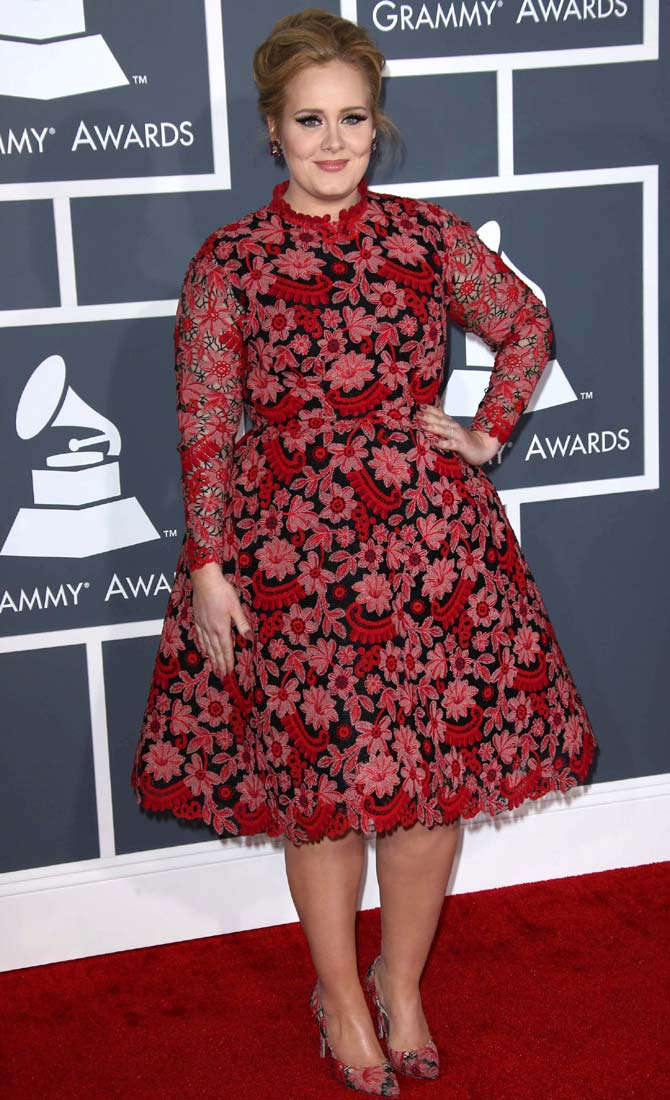 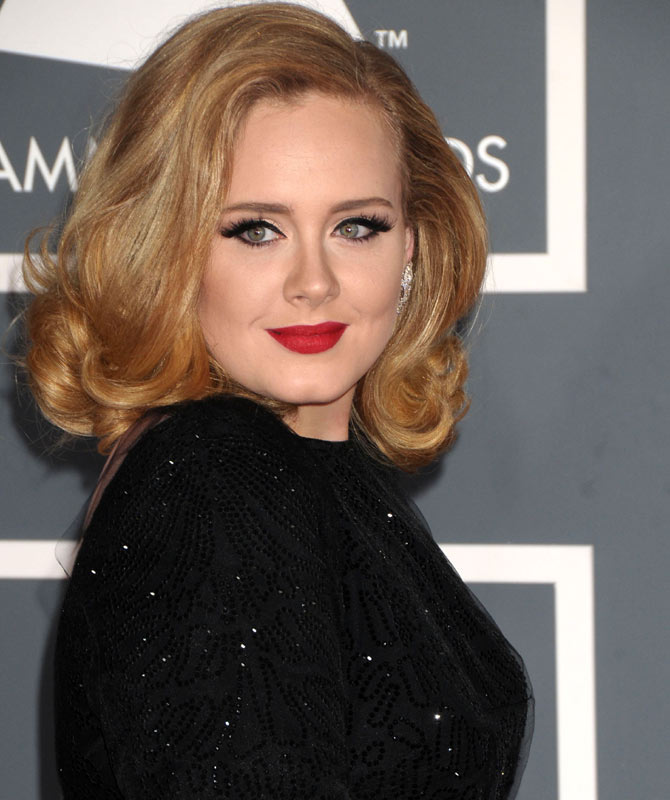 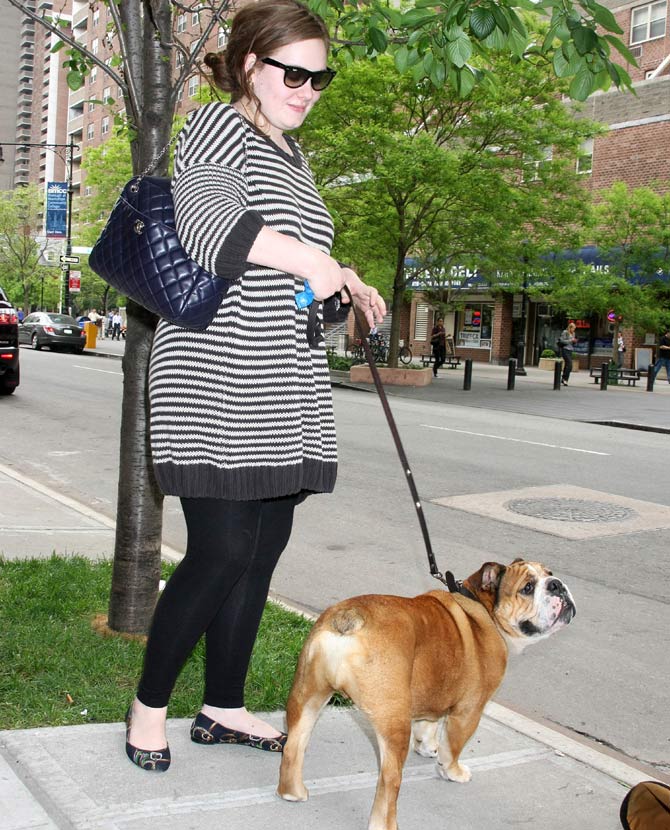 Adele in 2009 with her dog in New York City. Credit: Famous Make-up wise, Adele has always been faithful to eyeliner and eyelashes, but in recent years she has frequently sported a bright lip which has only added to her growth as a beauty icon. She is definitely fashion goals for the curvy woman. 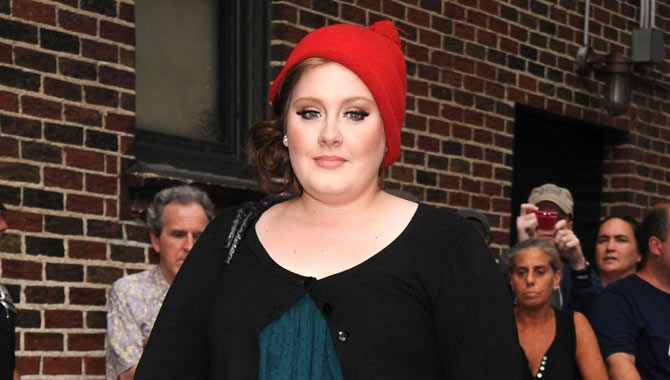 Adele in 2008 outside the Late Show studios. Credit: Famous