You know how it is - a few drinks, and you want to set the world to rights in messages of 140 characters.

She’s probably the most powerful woman in pop music at the moment, with her third album just a fortnight away from release, but Adele has hilariously revealed that she’s not allowed to send her own tweets because she used to post on Twitter while drunk.

The 27 year old superstar has over 24 million followers on the social networking site, but admitted that everything she wants to tweet now has to be checked over by two people from her management company and “signed off”, after she nearly landed herself in hot water in the past by tweeting after a few drinks. We’ve all been there. 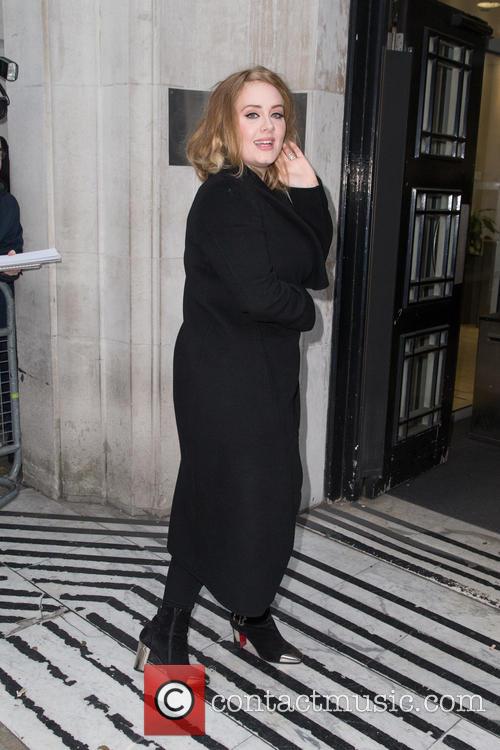 She made the amusing revelation while speaking to Graham Norton as part of her upcoming TV special ‘Adele at the BBC’, saying that the rule was imposed after narrowly avoiding social media storms “quite a few times”.

More: Has Rihanna delayed her album because of Adele?

Adele performed tracks from her upcoming album 25 (released November 20th) in her first televised live appearance in two and a half years, since she sang ‘Skyfall’ at the Oscars ceremony in 2013. Her single ‘Hello’ has topped the iTunes chart in 102 countries, and the new record is expected to sell nearly 2 million copies in its first week of release.

In a segment where the audience got to ask questions about rumours they’ve been hearing about the reclusive singer, somebody asked whether it was true that she was banned from her own Twitter account. “This is true. Yeah,” she replied with a smile.

“I mean I'm not a drinker any more, but when Twitter first came out I was, like, drunk tweeting, and nearly put my foot in it quite a few times. So my management decided that you have to go through two people and then it has to be signed off by someone, but they're all my tweets. No one writes my tweets. They just post them for me. So, yeah, that's very, very true.”

Adele had built up a reputation for being occasionally outspoken at the start of her career, but has only tweeted a dozen times in 2015 so far, suggesting a strict vetting policy had been put in place.