Adele Announces That She's ’Going To Go And Have A Baby'

The singer is already mum to four-year-old son Angelo.

Adele has told fans she's "going to go and have a baby," after wrapping up her 107th show off the year. The 28-year-old has been on the road for most of 2016 and played her final show of the year in Phoenix, Arizona on Monday night. 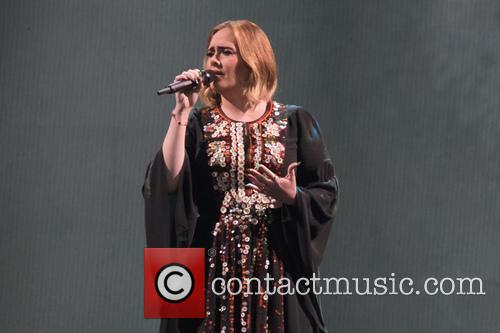 Adele has played her final live show of 2017

Saying her goodbyes to the crowd, the singer said: "Give it up for me - I did it! I'll see you on the other side. I'm going to have another baby!"

Last month Adele also spoke about her desire to expand her family, when she told an audience in Nashville: "My son is about to turn four very, very soon." Continuing "I'm starting to get very emotional about it because I feel like once they turn four, they're not really your actual baby anymore," she said.

"So my womb is starting to ache a little bit. It's like, 'Baby, baby, baby. Need a baby, need a baby'. I'm not pregnant. I won't get pregnant until the end of the tour." Later on Monday night the singer shared a picture on Instagram of the welcome home banner her son Angelo made for her.

"You lot have been incredible, every night you've been so beautiful, loving and engaged. My band and my crew you made the whole thing turn. And my beautiful family made it easy for me to do. Big love x."

While Adele has the year of the year off, she will be returning to the stage in March 2017, to play five shows in Australia and one in New Zealand.