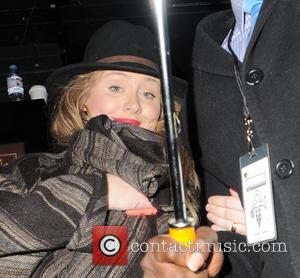 The Someone Like You singer contacted the Genesis star and asked him to work on new music with her, but Collins was left baffled when she failed to follow-through with the plans.

Collins eventually found out she had ditched her studio time to concentrate on motherhood and moving house.

Speaking to British magazine, Event, he says, "After we'd met, I didn't hear from her for a little while. And I thought I'd failed the audition - which is fair enough. You need to see if you're compatible... But she said: 'Oh no, no, no, no, no, I love what you do, I really want to do it..." So I thought, 'Ok, well, she's very keen, and she's very sweet.' So I just did nothing else but think about this piece of music for a few weeks. But I didn't really hear from her. I eventually emailed her back - I didn't have a phone number - and I said: 'Are you waiting for me, or am I waiting for you?' And she said, 'Well, actually, I'm not writing at the moment - I'm moving house.' And she'd got the new baby. So that was the end of it..."

Adele, 26, is reportedly preparing to release her new album later this year (14), and Collins insists he does not feel bitter about missing out on the chance to collaborate with her.

He adds, "I gather there's 25 (the next album) coming out, another album. So we never did anything. We didn't fall out - we never fell in! But she was a very nice lady. And she's certainly talented, and this piece of music, maybe I'll hear it on the record. I've still got it and I don't know if she's used it. So it was a bit of a non-starter. Everybody got very excited about it..."