Adele Apologises For Delay As She Confirms Album Name

Adele Has Apologised To Her Fans For The Delay Over Her Upcoming Album, Which She Has Officially Called 25. 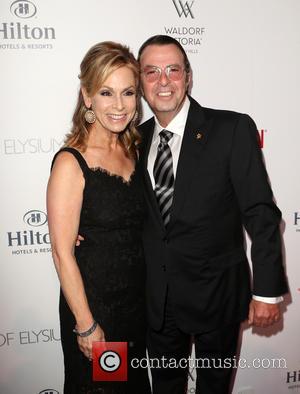 The Someone Like You singer has kept fans waiting for news about her long-awaited third record for years since she released 21 in 2011 and took time off to have her baby boy Angelo, now aged three.

Adele made her comeback with a mysterious commercial which aired during Britain's The X Factor on Sunday (18Oct15), but no information was given alongside the audio and written lyrics, which read, "Hello/ It's me/ I was wondering if, after all these years you'd like to meet to go over everything/ They say that time's supposed to heal you, but I ain't done much healing."

The singer has now posted a lengthy note on her rarely-used social media accounts to apologise for the album delay, confirm its title, and explain the record is about accepting her past as she transitions into adulthood.

She writes, "My last record was a break-up record and if I had to label this one I would call it a make-up record. I'm making up with myself. Making up for lost time. Making up for everything I ever did and never did. But I haven't got time to hold on to the crumbs of my past like I used to. What's done is done.

"Turning 25 was a turning point for me, slap bang in the middle of my twenties. Teetering on the edge of being an old adolescent and a fully-fledged adult, I made the decision to go into becoming who I'm going to be forever without a removal van full of my old junk. I miss everything about my past, the good and the bad, but only because it won't come back. When I was in it I wanted out! So typical.

"25 is about getting to know who I've become without realising. And I'm sorry it took so long, but you know, life happened... Love, Adele."

A release date for 25 has not been confirmed.