Adele thinks she is a bad girlfriend, but admits she used to think she was ''great'' in relationships. 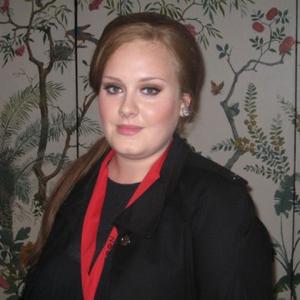 Adele thinks she is a bad girlfriend.

The 22-year-old singer - who is currently single - thinks she expects too much from her partners, even though she never actually tells them what she wants.

She admitted: "I used to think I was such a great girlfriend, but I'm not at all, I have my flaws as well.

"I always moan about it but never tell them to their face. And if someone goes, 'Why don't you just tell him what you want?' I'll be like, 'Well he should be able to pick it up, to sense it.'

"I can be stubborn, very, very stubborn, but only in my relationships. I think everything I do is golden, I think I'm Princess Diana."

The 'Chasing Pavements' singer admitted she has a "lonely" sex life and often has to be persuaded to go out by her gay friends.

She added in an interview with Attitude magazine: "All my friends are gay. My sex life's pretty lonely but I've got a lot of drama in my life. I'm like the agony aunt, they're always coming over my house at four in the morning in tears.

"My mum's friend was living with me in the summer and they kept trying to take me out. They were like, 'You need to get out, you need to meet a man.' "