'25' sold more than Ed Sheeran, Taylor Swift, Justin Bieber and Sam Smith put together in 2015 - despite only being on sale for the last five weeks of the year!

Confirming what we essentially already knew, Adele’s global domination is total, with the news that her latest album 25 outsold the rest of the top five bestsellers around the world put together in 2015.

The International Federation of the Phonographic Industry (IFPI), a global body representing the music industry, reports that her long-awaited third album sold 17.4 million units in 2015, despite only coming out in late November. As a result, the organisation concludes that Adele has helped to reverse “two decades of almost uninterrupted decline” in the music business. 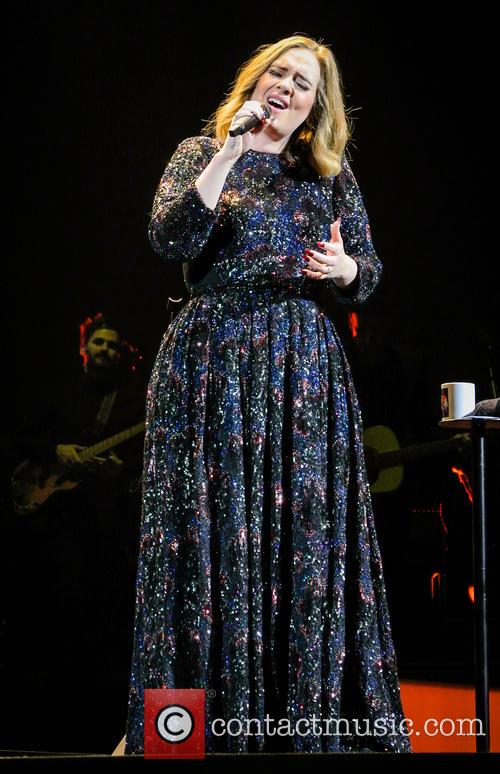 The Tottenham-born star’s comeback album, over four years after she released her blockbusting 21 that made her a global megastar, has been breaking record after record since its lead single ‘Hello’ was debuted in late October last year.

The video for the single was watched 50 million times in the two days after it was made available on YouTube, while 25 itself sold 3.38 million copies in the United States in its first week alone, surpassing even the most optimistic projections in the industry.

More: Adele denies Rebel Wilson is about to play her in biopic film

Adele’s sales figures dwarfed her nearest competitors, Ed Sheeran’s X and Taylor Swift’s 1989 in second and third with 3.5 million global sales each. Incredibly, both of those albums were released in 2014, as was the fifth placed album, Sam Smith’s In the Lonely Hour (2.6 million).

The nearest album to Adele’s sales figures to actually be released in 2015 was Justin Bieber’s Purpose in fourth place, which again racked up seven-figure sales (3.1 million) despite only being released in November.

In other good news for the British music industry, five of the top ten bestselling albums were by homegrown artists, as One Direction’s Made In the A.M. came sixth and Coldplay’s A Head Full of Dreams came seventh. The Fifty Shades of Grey soundtrack by various artists, Meghan Trainor’s Title, and The Weeknd’s Beauty Behind the Madness rounded out the top ten.

More: David Bowie dominates list of best-selling records in the UK in 2016 so far