Review of 25 Album by Adele

It may come as a bit of a surprise to some, but I am partial to well-crafted Pop. Over the course of three albums Adele has developed into an artist who has not only captured the imagination of the masses, but consistently delivers thoughtful, catchy, and starkly honest material. Despite a bout of writers block in the intervening years since 21, the Tottenham-born singer/songwriter has succeeded in continuing the musical documentation of her struggles with life and love. On that basis 25 is a more mature set of songs, guided in part by Adele's newfound motherhood, but also by an acceptance of the loss of youth. Using a Pop record as a confessional may not be as common as it once was, but Adele has masterfully created a narrative that allows each track to compliment each other here. 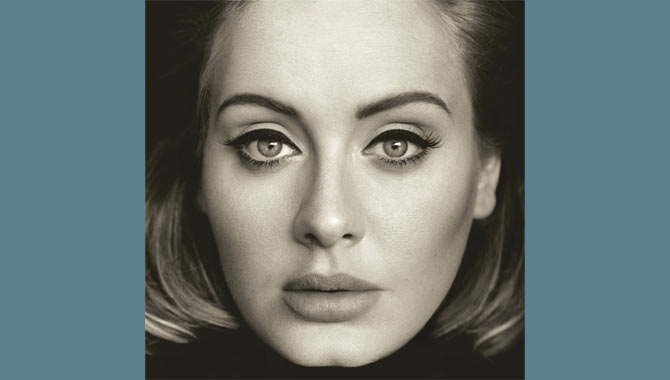 Opener 'Hello' isn't afraid of tipping its hat to classic Pop either. From the phrasing of the title which echoes Lionel Ritchie, to the lyrical reference of 'California dreaming', there's a sense of nostalgia and homage that accompanies the one sided apology to a past lover. Yes it's a piano ballad, but the multi-tracked vocals and instrumentation that make the chorus swell into a wall of sound, make this far more than disposable Pop confection. Perhaps that's why this was chosen as the lead single for the album. Perhaps that helped to push 25 to being the fastest selling album in the UK since Oasis' 1997 record Be Here Now. Perhaps that's also why 25 is being hailed as the album that's giving physical music formats a new lease of life. It's clear from the outset then, that this isn't going to be average or forgettable.

Adele has also broadened her musical palette somewhat too. While there is a reliance on piano balladry at the heart of 25, there are synths, unexpected drum patterns, and in the case of 'Love In The Dark' orchestral flourishes. The big choruses are all present and correct of course, but what struck me immediately was the subtlety and restraint of the production. It's all built around the vocal, allowing the determination and acceptance in the performance to shine through. Perhaps the most interesting moments are where the multi-tracked vocals juxtapose Adele singing the same part at different ends of her vocal range, which when combined creates a sort of internal monologue. Thankfully amidst all this creativity there's also some great fodder for the singles chart too. 'Send My Love (To Your New Lover)' presents a catchy and Funk inspired acoustic guitar riff that explodes into an R'N'B tinged chorus that Rihanna would be proud of. Elsewhere 'Water Under The Bridge' is a song you simply can't fault, it possesses everything you'd want from slick production and soul-searching lyrics to a sing-along chorus.

If there's a moment where Adele loses me temporarily it's the contemplative 'River Lea'. The organ and harmonies edge it towards Gospel as the lyric explores a childhood in Tottenham. However the allusions to reeds growing out of her fingertips and blaming the place where she grew up for her outlook on life seem a little forced. There's real honesty here and the idea of apologising for future lies is an interesting one, but it feels like it's pulled from a old school notebook, rather than reflecting the expertise and maturity that Adele has reached as a songwriter.

While it would have been nice to see Adele re-invent her sound completely on 25, there is something comfortably familiar about these songs. She's more optimistic than she was, but for my taste there's still a little too much reliance on those piano-led ballads, which aren't necessarily the highlights here. It's a great Pop record, put together by an artist who has obviously poured her heart and soul into the process. That much is obvious from the final track 'Sweetest Devotion', which shines a spotlight on her new role as a mother. I do wonder though if Adele's future output will continue the theme of her autobiographical trilogy of albums, or whether she'll present an entirely new narrative next time around?