After establishing himself as a distinctive horror filmmaker with hits like The Guest and You're Next, Adam Wingard has taken on a classic.

Blair Witch is a 17-years-later sequel to 1999's sleeper hit The Blair Witch Project, which launched the found-footage craze. Wingard was approached to make the sequel back in 2013 and immediately thought it was something worth taking on. "Found footage has really gone through so many different facets over the years," he says. "It felt like it was time to return to what originally started it all. There were all these lesser found-footage horror films coming out that were doing well at the box office, but that everybody just seemed to kind of hate, honestly." 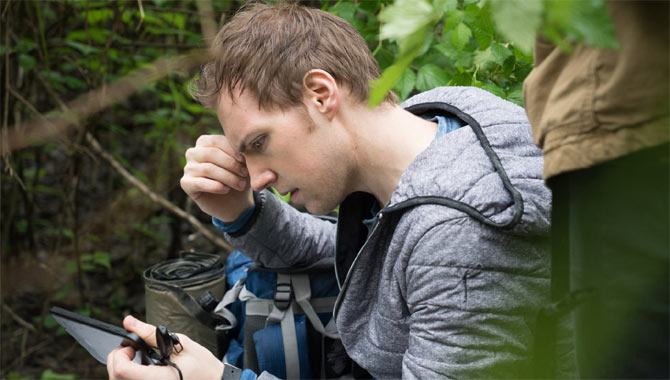 He credits much of the success of the original film to its marketing. "You can call it a gimmick or whatever, but it was so brilliantly conceived as this real event that happened," he says. "The movie itself you can't mention without talking about its marketing. So in the back of our heads, we knew we had to do something interesting and unique, and it just sort of fell into our laps. The idea of keeping this thing secret all this time, at a certain point it dawned on us that this was our marketing gimmick."

The ABCs Of Death Review

A mixed bag of found-footage horror shorts, this anthology gives rising star filmmakers a chance to do something original with the genre. Of course, some of the clips are much more effective than others, and some are little more than gimmicky jokes. But each one shows a hint of originality, and some of them are genuinely terrifying. 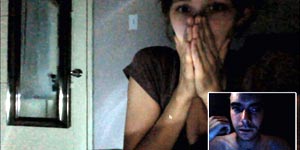 Less interesting, "Tuesday the 17th" is a sexist, cliched short about a group of teens who have a supernatural video-glitch encounter with a massacre that happened in the woods. "The Sick Thing That Happened to Emily When She Was Younger" is a seriously freaky Skype conversation during which Emily (Rogers) worries about her past while her boyfriend (Kaufman) tries to calm her down. And in the most visually accomplished film, "10/31/98", four young guys go in search of a Halloween party but stumble into a horrifying haunted house.

The ABCs of Death Movie Review

With 26 short segments, it's expected that this horror anthology will be hit and miss....