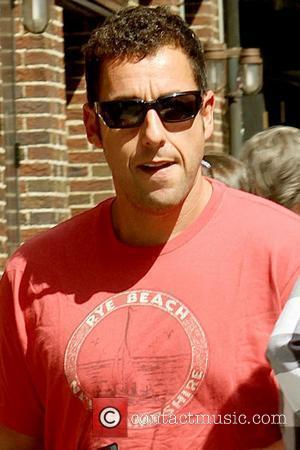 Grown Ups stars Adam Sandler, Rob Schneider, Kevin James, Chris Rock and David Spade. That's probably all you need to know in order to make a decision about whether to see the movie, so reviews may be superfluous. Indeed, they're getting the kind of snarky notices that each of the comedians regularly gets on his own. "Mixed," may be too kind a word. But consider Roger Ebert's in the Chicago Sun-Times " Grown Ups is a pleasant, genial, good-hearted, sometimes icky comedy that's like spending a weekend with well-meaning people you don't want to see again any time real soon." Stephen Holden in the New York Times adds these adjectives to the pile "lazy, mean-spirited, incoherent, infantile and, above all, witless." Indeed, writes Amy Biancolli, in the San Francisco Chronicle, before buying a ticket, moviegoers should ask themselves whether they would like to spend a weekend with the stars. "If you do feel like spending major quality time with these guys, then go for it," she writes. "If, on the other hand, you suspect you'd rather stay home and clean tile grout than hang with this crew, ... watching them drink, listening to lame put-downs and whiny children -- then you'd be well advised to follow your gut." Kyle Smith in the New York Post begins his review this way "When Grown Ups star and co-writer Adam Sandler repeatedly slapped Rob Schneider in the face with a dehydrated banana, I was jealous of Schneider, who suffered less than I did getting slapped upside the head by this rotting fruit of a comedy." And Betsy Sharkey in the Los Angeles Times concludes, "The new Adam Sandler comedy has all the charm of a home movie that does not star your own family, which means it's overly sentimental, filled with you-had-to-be-there moments, bad jokes and even worse camera angles. It's also far too long and an excellent reminder of why most of us spare our friends this sort of share."