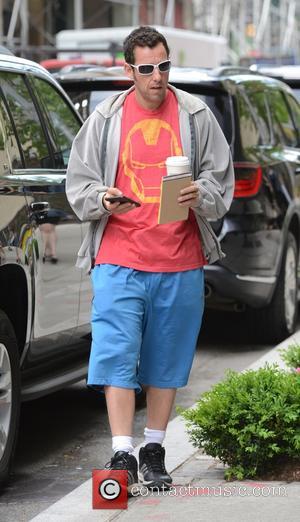 Picture: American actor, film producer and comedian Adam Sandler who made a name for himself on Saturday Night Live was spotted out and about carrying a...

The family comedy, which featured Sandler as the voice of lead character Count Dracula, became a big box office hit upon its release in 2012, raking in $358.3 million (£223.9 million) across the world, and a sequel is due to open in movie theatres this autumn (15).

Now studio bosses at Sony Pictures Animation and production firm Nelvana Enterprises have decided to expand the franchise and develop a TV adaptation.

The show will reportedly focus on Dracula's daughter Mavis, voiced in the films by Gomez, as a teenager, although it is not yet known if the singer/actress or her movie co-stars will be involved in the TV spin-off, according to Deadline.com.