Adam Sandler's 'That's My Boy' Bombs At The Box Office

Adam Sandler's latest movie 'That's My Boy' has bombed at the box office after opening to $13 million. 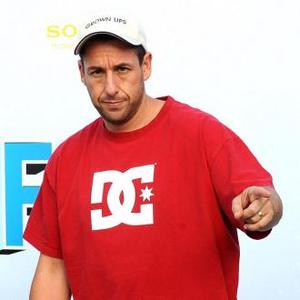 Adam Sandler's latest movie 'That's My Boy' has bombed at the box office.

The comedy film - which also stars Adam Samberg - opened to $13 million last weekend, meaning it is one of the actor's worst openings since he starred alongside Tea Leoni in 2004 comedy-drama 'Spanglish'.

'That's My Boy' also failed to impress on a number of review sites, receiving just a 30 per cent rating on Metacritic and it managed 23 per cent on Rotten Tomatoes, a combination of 73 reviews.

Despite the low review scores on Rotten Tomatoes, more than 39,500 user ratings voted 85 per cent in favour of seeing the film.

Leighton Meester and Vanilla Ice also star in the motion picture, which sees Adam play Donny, who fathered a son, Todd (Andy), while he was a teenager. After raising Todd until he is 18 years old he doesn't see him for years, but then reappears just before Donny's wedding to create comical chaos.