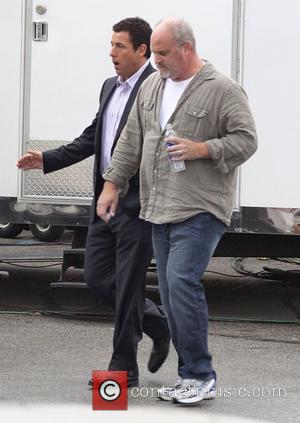 Adam Sandler's classic 'Thanksgiving Song' that he first performed whilst a cast member on Saturday Night Live, has become the soundtrack to 'Turkey Day' as thousands of web users flock to watch a video of the actor performing the bizarre tune.
A clip of the 44-year-old singing the ballad began circulating online today (25th November 2010), and fans have been reliving the memorable ditty which pokes fun at the holiday season with pop culture references to Mike Tyson, Betty Grable and Sammy Davis Jr. Lyrical highlights from the tune include, "Turkey for me, turkey for you. Let's eat turkey in a big brown shoe", and "Turkey for the girls and turkey for the boys, my favourite kind of pants are corduroys".
The 44-year-old actor is currently filming the forthcoming romantic comedy movie 'Jack and Jill', which also stars Katie Holmes and Al Pacino. Sandler plays both lead roles in the film, due for release on December 2nd 2011.