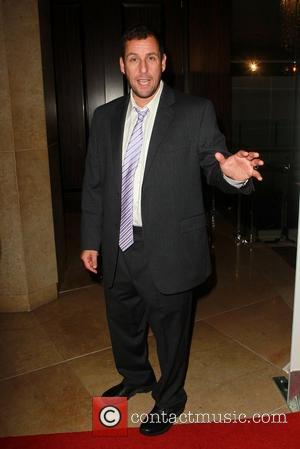 Adam Sandler thrilled guests at his annual holiday party by taking to the stage for a special performance with rocker Billy Idol.

The Hollywood funnyman throws a massive Christmas bash in California every year, and his big party in Burbank on Thursday night (13Dec12) did not disappoint.

Sandler invited White Wedding star Idol to perform three songs during the party at the Pickwick Bowl venue, and he surprised guests by getting up and singing with him.

Revellers included Paris Hilton, who partied with her boyfriend River Viiperi, and actor Rob Schneider, who took to Twitter.com to share pictures of Sandler performing with Idol.