Adam Sandler On Return To Snl Without Chris Farley 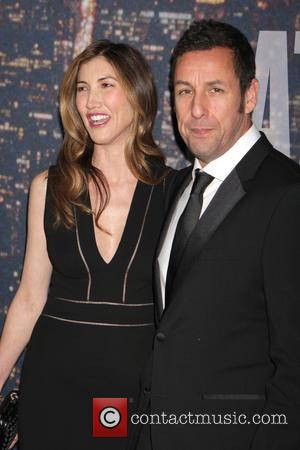 The funnyman was just one of the successful alumni who went back to the New York City studio on Sunday night (15Feb15) to celebrate the series' 40th anniversary, but the event was bittersweet for Sandler as he reminisced about his beloved co-star throughout the event.

Sandler tells Access Hollywood, "I was walking around (the studio) tonight and every nook and cranny in the place - my first thought went to Farley and how funny he was, and hanging out with him there. He owned the place. We loved him. His family is the greatest.

"No doubt, it breaks your heart when you're up there thinking of him."

The date coincided with what would have been Farley's 51st birthday. His brothers Kevin and John attended the star-studded telecast, during which Farley was remembered in the In Memoriam segment, and comedienne Melissa MCCarthy recreated the funnyman's iconic motivational speaker Matt Foley.

Farley passed away in 1997 from a drug overdose.