Merry Christmas and Happy Chanukah one and all!

Christmas is all about giving, forgiving and loving everyone, so what better time than this to give a nod to all those who won't be celebrating the joys of Yuletide this year, but Chanukah instead? Think you don't know anyone who will? Well, let Adam Sandler surprise you with 'The Chanukah Song - Part 4'. 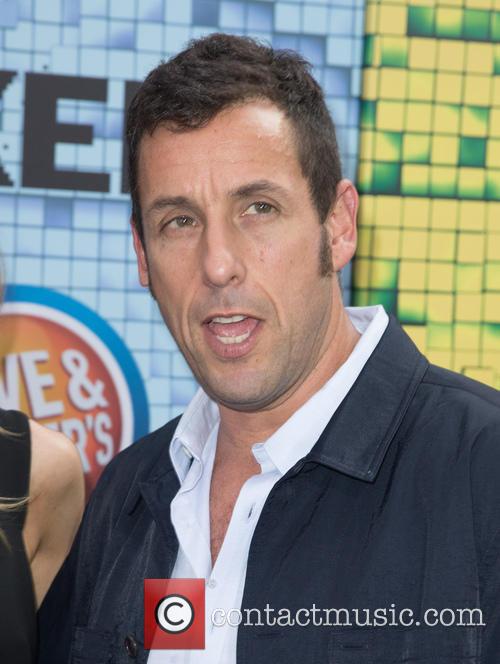 Who knew there were so many Jewish stars?

It's been too long since 'The Wedding Singer' star last paid tribute to all the Jewish (or part-Jewish) celebrities out there; thirteen years, in fact, since he named the likes of Ben Stiller, Natalie Portman and Jack Black among the culture; and now he's back with a brand new list and it's just as hilarious.

As part of the New York Comedy Festival, Sandler performed 'The Chanukah Song Part IV' at the Judd Apatow & Friends event and referenced a number of new stars such as David Beckham, Adam Levine, Drake and Joseph Gordon-Levitt, not to mention Jesus.

Some of the funniest moments include:

'We got Scarlett Johansson and talk about a kosher crush, and if you need a higher voice to turn you on how about Geddy Lee from Rush?'

'Ron Jeremy's fully Jewish and so's his foot-long buddy, Shia LaBeouf is half a Jew but 100 per cent nutty.'

Watch the video for 'The Chanukah Song - Part 4' here:

Sandler's first rendition of 'The Chanukah Song' came in 1994 with his comedy album 'What the Hell Happened to Me?' There he listed his initial list of famous Jews including David Lee Roth, Kirk Douglas, Leonard Nimoy and William Shatner.

The second version in 1999 was recorded live for the album 'Stan and Judy's Kid' and listed Winona Ryder, Ralph Lauren, Calvin Klein and Dustin Hoffman. We can't wait for who's going to appear in the next version, especially in light of celebrities such as Zooey Deschanel converting to the religion for the sake of her marriage.