Maroon 5 frontman Adam Levine has hit out at 'American Idol' for allegedly trying to ''mask'' the homosexuality of contestants. 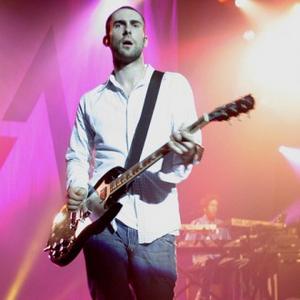 Adam Levine is p****d off with 'American Idol'.

The 'Voice' judge is annoyed with the programme - which featured 2009 runner-up Adam Lambert, who felt he was unable to come out when he was a competitor - because of it allegedly trying to "mask" gay contestants.

The singer-songwriter told Out magazine: "What's always p****d me off about 'Idol' is wanting to mask that, for that to go unspoken.

"C'mon. You can't be publicly gay? At this point? On a singing competition? Give me a break. You can't hide basic components of these people's lives. The fact that 'The Voice' didn't have any qualms about being completely about it is a great thing."

Lambert - who revealed he is homosexual in an interview with Rolling Stone magazine shortly after the conclusion of the show - explained it was "hard" not being able to express his feelings while the programme was on air.

He previously said: "It was hard for me because I wasn't able to talk. Technically, being on 'Idol,' you can't do any interviews individually until you're out of the show.

"So I was sitting there, going, I can't really put in my two cents. It felt out of control, and feeling out of control is scary."