Adam Levine went ''nuts'' when he first found fame and had money - and says it was ''amazing''. 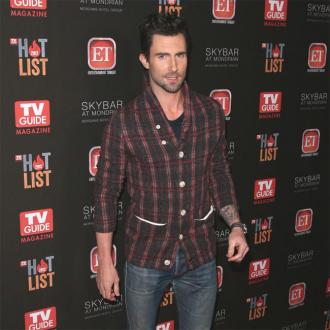 Adam Levine had the ''time of his life'' when he first found fame.

The Maroon 5 singer moved into Los Angeles' Chateau Marmont hotel after the release of debut album 'Songs About Jane' in 2002 and admits the subsequent hedonistic period - which saw him romantically linked to a string of women including Paris Hilton, Lindsay Lohan and Jessica Simpson - was ''amazing''.

He said: ''All of a sudden, I had money in my bank account. I hadn't had a break in a long time. And I went a little f**king nuts. You know? And good. I deserved to go a little bit nuts. And I had the time of my life.

''And if you're in the public eye, to me, it's very boring to say what you have to say and be media trained to the extent that you don't ever reveal any truth. There was a time in my life when I lived probably a bit more on the primal level. And it was amazing.''

However, the 35-year-old singer - who is engaged to Victoria's Secret model Behati Prinsloo - admits his past antics have tainted his reputation even now.

He added in an interview with America's GQ magazine: ''That was kind of the foundation of all the negative s**t I still get.

''I was out there having fun, you know. I didn't give a s**t, and I got burned for it. People change; people grow up, get more self-aware and in tune with all this s**t.''