Adam Levine To Star In Can A Song Save Your Life?

Adam Levine will play Keira Knightley's boyfriend in 'Can A Song Save Your Life?', who cruelly dumps her when he lands a solo record deal. 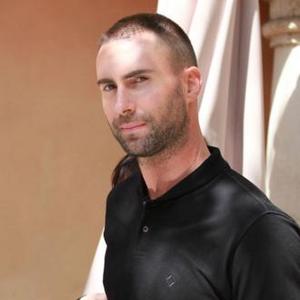 Adam Levine will play Keira Knightley's boyfriend in 'Can A Song Save Your Life?'

The Maroon 5 frontman will star as a man who moves to New York with his girlfriend (Keira) as they both try to launch music careers but later dumps her when he lands a solo contract.

In the wake of their split, her character meets an unlucky record producer (Mark Ruffalo) who helps her find success whilst falling in love with her at the same time.

Hailee Steinfeld will play the daughter of Mark's character.

'Once' director John Carney will direct the movie from his own script while Judd Apatow is set to serve as an executive producer.

Exclusive Media is producing and financing the feel-good romance.

Adam is keen to make the move from music to acting and recently signed up to make his TV acting debut in 'American Horror Story'.

He will appear in season two of the TV thriller - about a family who move into a haunted house - where he will play a contemporary character, who is one half of a couple called The Lovers.

Bosses at FX channel which makes the show are so keen to sign Adam up that they are willing to shoot around the Maroon 5 singer's summer touring schedule.