The man who threw sugar at the Maroon 5 singer this week was sentenced with three years of probation and counselling sessions.

Navid Farsi, the man who struck Maroon 5 lead singer Adam Levine in the face with a bag of sugar this week, has been sentenced to three years of probation after pleading no contest to one charge of battery.

The singer was arriving at a studio near Hollywood Boulevard to appear ‘Jimmy Kimmel Live!’ on Wednesday (May 6th), and was greeting fans when Farsi lobbed a bag of confectioner’s sugar at him, hitting him in the face and bursting, leaving Levine covered in white powder. He was immediately wrestled to the ground and detained until the police showed up to arrest him. 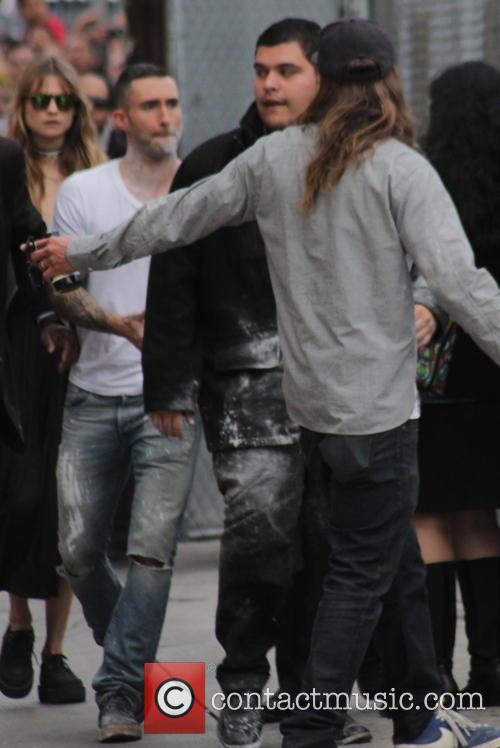 According to TMZ, 28 year old Farsi struck a deal with prosecutors, who handed down a three year probation sentence, 52 psychiatric counselling sessions and 20 days of cleaning up highways. He also has stay 500 yards away from Kimmel’s studio and all other Hollywood events – and Levine himself.

More: Adam Levine talks about performing ‘Lost Stars’ at the Oscars – “it’s just so far removed from what I do”

A second man, believed to be a security guard at the studio, was also hit by a bag of sugar, which led to a second count of battery being instated but then dropped during sentencing, as he didn’t get it full in the face like Levine. Farsi appears to have chosen his weapon because of something connected to his victim.

During the proceedings, it transpired that he was also the person accused of throwing a rock at the wrestler-come-actor Dwayne ‘The Rock’ Johnson. This time, he threw sugar at the lead singer of the band who recently had a hit entitled ‘Sugar’. Ah, see what he’s done there? The clever (and slightly mad) clogs. The same court ordered Farsi to stay away from Johnson as well, TMZ also reported.