Adam Levine and Blake Shelton are thrilled Gwen Stefani is in talks to join 'The Voice' USA and hopes she signs a deal soon. 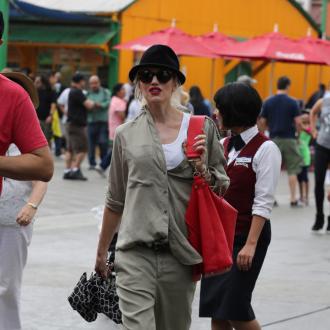 Adam Levine and Blake Shelton are thrilled Gwen Stefani is in talks to join 'The Voice' USA.

The 44-year-old singer is in final stage negotiations to replace Christina Aguilera - who wants to focus on her pregnancy after recently announcing she is expecting her second child - on the seventh season of the show, which will begin filming in June, and the Maroon 5 frontman hopes the No Doubt singer closes the deal soon.

He told E! News: ''If there were a person named Gwen Stefani, who was great... if there was a person named Gwen Stefani that was going to be on the show, that happened to also be the singer in No Doubt, a fashion icon, and many other wonderful things, I think if that were to happen that would be great. But I can't say whether or not that is true.''

Country singer Blake added: ''I think she would probably be a great addition to this show.''

The show's host Carson Daly also hopes the 44-year-old beauty, who gave birth to her third son in February, will join the series.

He said: ''She's awesome. I hope it's true. Nothing's confirmed, but if that's the case, should there be fire behind the smoke, we should be so lucky! She's one of my favourite people and one of my favourite artists, but more importantly I think she would be a great fit for our family.''

It was recently confirmed that 'Happy' hitmaker Pharrell Williams is joining the panel in replace of CeeLo Green.