Adam Levine can't wait for Pharrell Williams to join 'The Voice' USA next season and thinks he'll be a great coach. 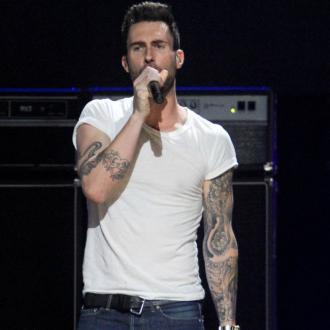 The Maroon 5 frontman thinks the 'Happy' hitmaker, who recently confirmed he would be replacing CeeLo Green on the NBC series next season, will be a great addition to the judging panel.

The 35-year-old singer told The Hollywood Reporter: ''I think he'll be a great coach. It's a different experience, so he has to get ready for the roller coaster.''

The 'Love Somebody' hitmaker added: ''He's so lovely -- an unbelievable talent actually.''

Asked if she had any advice for the seven-time Grammy Award-winner, Shakira, who has a rotating spot on the show with Christina Aguilera, said: ''Fasten your seat belt, it's going to get wild. He's going to do a great job; he's a very smart guy.''

He said: ''The gloves have got to come off -- he's got to get mad, gotta get competitive and starting thinking about music like it's a sport.''

'Forget You' singer CeeLo, 39, announced last month that he wouldn't be returning to the show again, as he is developing his own TV show.

He said: ''I'm not coming back guys. I'm going to continue my relationship with NBC. I have a television show development deal with them as well and hopefully some other talk show opportunities for later in the year.