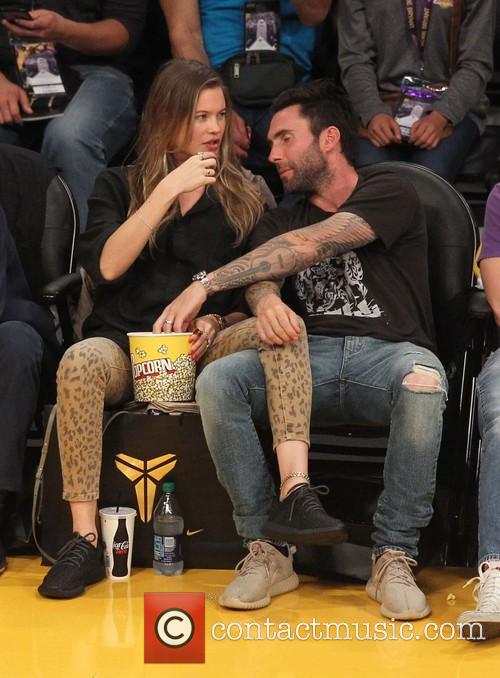 Levine, 37, cancelled his band's show in Hartford, Connecticut on Monday to make sure he was with his wife during the birth. A statement was issued on Maroon 5's website explaining. 'Maroon 5's Hartford show was happening in conjunction with the group's Fall 2016 U.S. tour and is being canceled due to the upcoming birth of frontman Adam Levine's baby', it read.

Indeed, Levine was by Prinsloo's side throughout. 'Adam was in the delivery room holding Behati's hands', a source told E!. 'They both cried when she was born. Both families are there now. She is beautiful. She looks like Behati.'

Prinsloo, 27, and Levine got married in July 2014 after two years of dating. The ceremony took place in Mexico, where their friend and actor Jonah Hill officiated.

Since Prinsloo got pregnant, Levine earlier revealed that they've been bombarded with parenting advice. 'When you are doing this for the first time, everybody loves to tell you what you should be doing', he told Entertainment Tonight. 'So, we're kind of tuning a lot of it out, and we're just going to do it how we do it.'