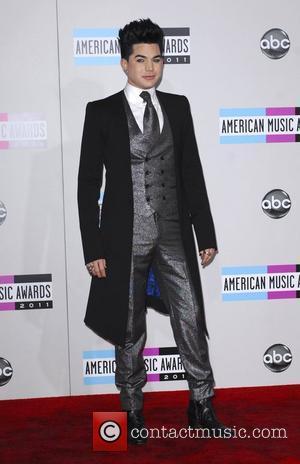 Adam Lambert has claimed that he'll be fronting a reunited Queen as it was reported that the rock legends will be headlining the UK's Sonisphere Festival this coming summer. As frontman of Queen, Freddie Mercury established himself as one of the greatest singing icons of the 20th century, with truly legendary moments including playing to hundreds of thousands of people in Rio De Janeiro in the early 1980s and two notable performances at London's Wembley Stadium, as part of the African poverty fundraiser Band Aid in 1985 and then again for their own headlining show a year later. His death in 1991 from complications with the sexually transmitted virus AIDs was mourned the world over.
Queen members Roger Taylor and Brian May have since experimented with a handful of different front men over the past twenty years (bassist JOHN DEACON left the band following Mercury's death,) with former Free vocalist Paul Rodgers perhaps being the most successful during his tenure between 2005 and 2009. Now the UK's Daily Star claims that former 'American Idol' winner Adam Lambert will be stepping into the role on a more permanent basis following his appearance with Taylor and May at the MTV EMA Awards last Autumn.
"The intention is to pay tribute to Freddie and the band by singing some f*****g great songs. It's to keep the music alive for the fans and give it an energy that Freddie would have been proud of," said Lambert. Of course, no one can truly replace Mercury, and the former reality show winner claimed that he's well aware of that, insisting "After the Emas, I heard faint little slithers of a backlash from people saying: 'You can't replace Freddie Mercury.' But I already knew that." Continuing, he added "There's no intention in my mind of replacing Freddie. That's impossible. The way I'm choosing to view it is that it's a great honour and one I'm in no way going to shirk." Only Time will tell how long-standing Queen fans accept him.