Adam Lambert has revealed he's impressed by the quality of British singers at the moment and would love to work with Ed Sheeran and Sam Smith in the future. 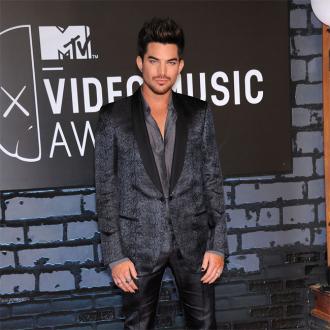 The Queen singer has revealed he's in awe of British talent at the moment and would love to get in the studio with some of the UK's biggest artists.

Speaking to the Daily Mirror newspaper about Sam, Ed, Ella Eyre and Jess Glyne at the BRIT Awards last night (25.02.15), he said: ''There's a lot of great singers here tonight. The UK is pumping out incredible vocalists.

''If there's a popular singer right now, it's probably coming out of here.''

The 33-year-old star also spoke about his upcoming electronic and dance album but refused to reveal who he'd been working with.

He teased: ''I have some collaborations but I can't really talk about them yet unfortunately.''

Meanwhile, Sam and Ed were the big winners at the annual awards ceremony in London with Ed taking home the British Male Solo Artist prize and Mastercard British Album of the Year for 'X'.

Sam, meanwhile, was presented with the British Breakthrough Act and Global Success accolades.