Adam Lambert Is Adamant He Was Not Dropped From Demi Lovato's Tour Because Of A Feud With The Pop Star. 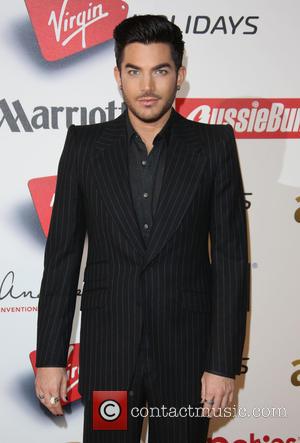 The former American Idol star had been tapped to open for Demi on her upcoming shows, but he has been dropped from the bill and replaced by fellow singer Nick Jonas.

Adam and Demi's teams were believed to have been in negotiations prior to finalising the contracts, and subsequent reports suggested the Whataya Want from Me star was furious to have lost the gig.

However, Adam has now denied there was a falling out between the pair, insisting the deal just did not work out.

"No beef tween (sic) Demi & Nick and me," he writes in a post on Twitter.com. "Biz (business) negotiations are complex - why do we care about the rumours?"

Representatives for Demi and Nick have yet to comment on the report.

Demi previously dated the star's brother Joe, but she has stayed friends with Nick, and earlier this year (15), they teamed up to launch their own record label, Safehouse Records.

"I've worked closely with Nick... and we share the same point of view when it comes to making music," she previously said of the venture. "It's incredibly exciting to be part of this new company where I'm in control of all aspects of my career. I can't wait to share what we're working on!"