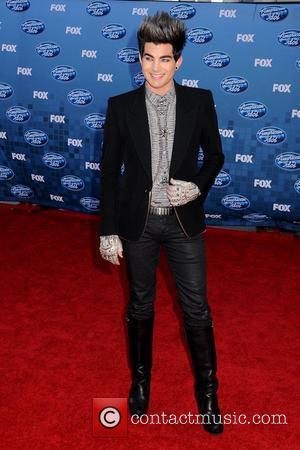 Adam Lambert is still yet to receive an apology from Adam Levine, his co-judge on 'The Voice', after the Maroon 5 frontman appeared to insult one of his songs. Semi-finalist Nakia performed a rendition of Lambert's hit 'Whataya Want From Me' on Tuesday's show, but Levine said he was unfamiliar with the song, according to the Hollywood Reporter.
Nakia received positive feedback for his performance, but Levine noted, "I'm not familiar with that song, but you just forced me to like it. I'm pretty sure, although I've never heard that song before, that you probably sang it better than the person that sang it originally. So, good job". Levine's comments lit up Twitter, with angry fans of Lambert attacking the Maroon 5 singer for his apparent ignorance. In response to the wave of tweets, Lambert took to the micro-blogging site himself, saying, "Yeah Nakia! Saaaang boy!! Great performance. I think Adam might know who I am after this next album. Get ready for me Levine. Hahah". Despite the angry reaction to his comments, Levine was unapologetic about the remarks, telling Twitter followers, "I had honestly never heard that song before. I thought that nakia made me like a song that would have otherwise fallen flat. I'm Not sorry".
Adam Lambert finished runner-up on season eight of American Idol. His debut album peaked at number three on the Billboard 200 upon its release in 2009, selling 198,000 copies in its first week. Adam Levine's band Maroon 5 have sold nearly 15 million worldwide.