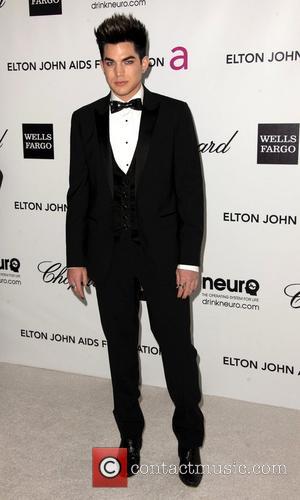 Pop rocker Adam Lambert has settled a legal battle with a music publishing company over an album he recorded before shooting to fame on American Idol.
The flamboyant star was sued by bosses at Colwel Platinum Entertainment last November (11) over claims he worked with the company and signed a publishing agreement before he found fame on the TV talent show.
The lawsuit was filed after Lambert's representatives demanded an album the star recorded before his Idol run be removed from sale on Amazon.com.
The lawsuit has now been dropped and Lambert has agreed to let the record, Beg For Mercy, be released.
A statement from Colwel Platinum Entertainment reads, "The Colwel Platinum Entertainment lawsuit against Adam Lambert has been resolved. Adam has withdrawn any objections to the release of Beg For Mercy and he has approved the use of his songs and performances in these pre-Idol recordings which are interpretations of his artistic vision at the time."