Adam Ant felt ''proud'' watching the wedding between Britain's Duchess Catherine and Prince William and says it felt like the ''world stopped'' when the prince arrived for the nuptials. 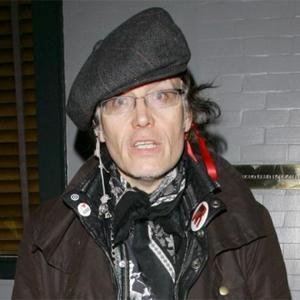 Adam Ant felt like "the world stopped" during the Royal Wedding.

The eccentric singer - who admits he is a royalist - enjoyed watching Britain's Prince William marry Duchess Catherine at London's Westminster Abbey on April 29 because he felt "proud" of the British Monarchy, in particular William and his brother Harry.

He said: "When those two princes stepped out onto the red carpet at that wedding it was like the whole world stopped.

"I love the fact they're in The Front line, firing a machine gun if they have to - they like a ruck, they're like 'Starsky And Hutch'! And she was a little doll. You feel proud."

Adam also revealed he once met William's grandmother Queen Elizabeth and she recognised him even without his crazy outfits.

He told Britain's OK! magazine: "I met the queen after the Royal Variety Performance. I became friends with Liza Minnelli and she said, 'Take your outfit and make-up off and wear a suit, and diamonds from Bond Street'.

"So I met the queen and she said, 'Hello Adam, I didn't recognise you without your make-up! I'm sure you don't want to be playing to fuddy-duddies like me!'