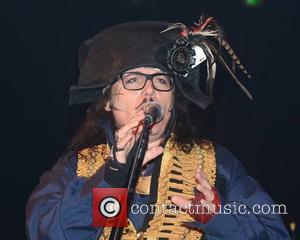 The Goody Two Shoes hitmaker, who battled anorexia before he became famous, has struggled with mental health issues for years and was recently diagnosed with the manic depressive illness.

He relies on medication and exercise to keep his condition under control and Ant, real name Stuart Goddard, insists he's glad he went public with his crisis in a bid to help others cope.

He tells People magazine, "People come up to me saying I've helped them. It's important not to sweep it (bipolar disorder) under the rug."

The pop punk is currently back onstage as part of a comeback, and Ant reveals he's now just focused on his music career and 15-year-old daughter Lily, who recently joined her dad on the road.

He adds, "My work makes me feel good. You get that natural rush. Lily stands at the side of the stage. Afterward she'll say to me, 'All right, dad. You did well.'"