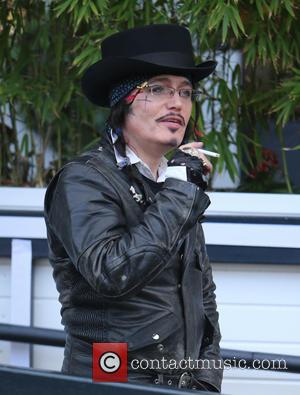 British pop star Adam Ant once spent more than $96,000 (£60,000) on a new suit and diamond jewellery to smarten himself up for a meeting with Queen Elizabeth II.

The singer was given a brief audience with the monarch during his 1980s heyday, but prior to the meeting, veteran entertainer Liza Minnelli warned him to ditch his stage costume and wear something more respectable.

Ant took her advice and splashed out thousands on a tuxedo and diamond accessories.

He tells U.K. talk show This Morning, "Liza Minnelli... she said 'I think you should change out of your costume and wear a suit'... so I went to Old Bond Street... and got some diamonds for £60,000 and I changed out of my costume into a tuxedo, and Her Majesty came along and I was standing there. The first thing she said was, 'You must be bored playing for old fuddy-duddies (old people) like us... I didn't recognise you without your make-up, Adam'... she knew my name... it was marvellous."

The singer went on to reveal his own personal connection to the Queen, adding, "My mother worked as a dressmaker... and mother actually worked on the Queen's wedding dress - she embroidered the left hand sleeve, so my mum knew Her Majesty when she was a princess."