It would no doubt have been a total travesty if Leonardo Dicaprio didn't win his long-awaited Academy Award for his role in 'The Revenant', but no doubt his very first Oscars victory is a huge cause for celebration. The movie won a further two accolades, but didn't come close to 'Mad Max: Fury Road''s success of no less than six prizes.

So DiCaprio finally has a Best Actor Academy Award to add to his collection, while 'The Revenant' director Alejandro G. Iñárritu wins for the second year in a row. The movie, which explores the vengeful quest of 19th century explorer Hugh Glass after he was abandoned during a bear attack, also scooped the award for Best Cinematography, but it was beaten to Best Picture by 'Spotlight'; a drama about The Boston Globe's investigation of child abuse in the Catholic church. 'Spotlight' screenwriters Josh Singer and Tom McCarthy also took home Best Original Screenplay, whilst Best Adapted Screenplay went to Charles Randolph and Adam McKay for 'The Big Short'. 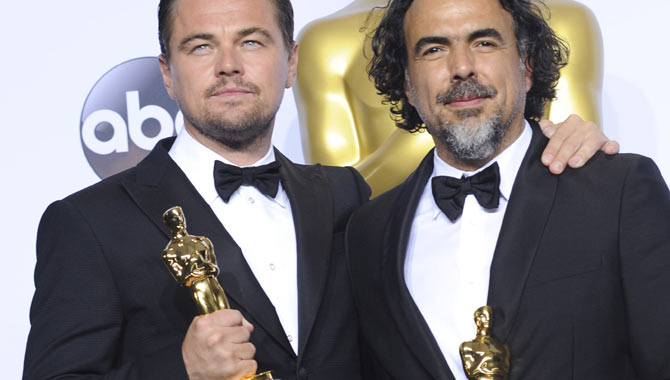 More actors honoured at the 88th Academy Awards, which were held at the Dolby Theatre in the Hollywood & Highland Center, were Mark Rylance for his Supporting Role in Steven Spielberg's 'Bridge of Spies', Brie Larson for her Leading Role in kidnap drama 'Room' and Alicia Vikander for her Supporting Role in the Lili Elbe biopic 'The Danish Girl'. Meanwhile, other recognised movies were Animated Feature Film 'Inside Out', and the touching Amy Winehouse Documentary 'Amy', while Hungarian World War II thriller 'Son Of Saul' was named Best Foreign Language Film. The best short projects were Sharmeen Obaid-Chinoy's documentary 'A Girl In The River: The Price Of Forgiveness', Gabriel Osorio and Pato Escala's animated 'Bear Story' and Benjamin Cleary and Serena Armitage live action drama 'Stutterer'.

It was 'Mad Max: Fury Road' starring Tom Hardy that was the winner in the main behind-the-scenes categories, landing awards for Costume Design, Film Editing, Makeup And Hairstyling, Production Design, Sound Editing and Sound Mixing. It was beaten by sci-fi indie film 'Ex Machina', though, on the Visual Effects. More winners on the sound front were Sam Smith and Jimmy Napes for 'Spectre' Original Song 'Writing's On The Wall' and Ennio Morricone for his Original Score on 'The Hateful Eight'. 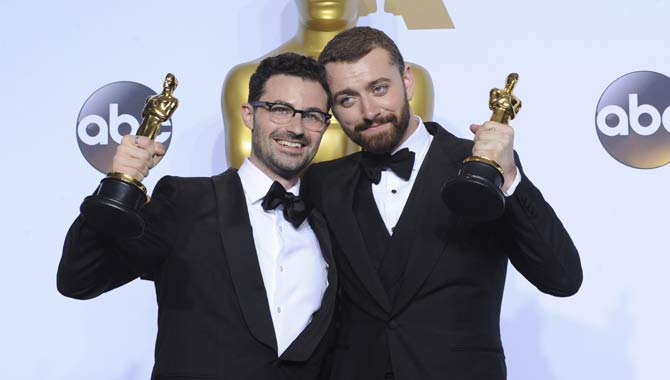 There was still the shadow of the #OscarsSoWhite fiasco hanging over the night, which host Chris Rock tried his best to diffuse with some epic one-liners. But let's just forget about all that negativity in the wake of the actual ceremony last night (February 28th 2016). Let's instead celebrate the overwhelming sense of support and encouragement that all the actors had to share with each other. Redmayne's tears of joy when Vikander won Best Actress In A Supporting Role for 'The Danish Girl' even though he didn't win Best Actor; young Jacob Tremblay's utter excitement at being at the Oscars, seeing the 'Star Wars' droids on stage, introducing himself to Sofia Vergara and his sheer delight for his co-star's Best Actress win; and not to mention everyone's - EVERYONE'S - firm belief that Leonardo DiCaprio absolutely deserved his Oscar for Best Actor.

Here's to another year of world-class filmmaking.