It's been an important year for film.

Awards season reached its climax this weekend with the 90th Academy Awards, and the big winners of the night came of no surprise to anyone. It was an important ceremony celebrating films that explored a variety of issues including those of the LGBT community, feminism, race, disability and politics.

Sally Hawkins in 'The Shape of Water'

The 2018 winner of Best Picture was, of course, 'The Shape of Water' with director Guillermo Del Toro also taking home the award for Best Director. Surprisingly, it's his very first Oscar win, though he was previously nominated for an award for 'Pan's Labyrinth' in 2007.

'I am an immigrant like Alfonso and Alfonso [Cuarón] and Alejandro [G. Iñárritu], my compadres. Like Gael [García Bernal], like Salma [Hayek] and like many, many of you', he said in his speech. 'In the last 25 years I've been living in a country all of our own. Part of it is here, part of it is in Europe, part of it is everywhere. Because I think that the greatest thing our art does and our industry does is to erase the lines in the sand. We should continue doing that when the world tells us to make them deeper.'

Best Animated Feature went to 'Coco', which also landed Best Song ('Remember Me') and 'Blade Runner 2049' was recognised for its Visual Effects and Cinematopgraphy. The other big winner of the night was Christopher Nolan's 'Dunkirk' which won three production gongs.

Jordan Peele became the first African-American to win Best Original Screenplay for 'Get Out', while Adapted Screenplay went to James Ivory for 'Call Me by Your Name'. Allison Janney was the predictable winner of Best Supporting Actress for figure-skating biopic 'I, Tonya'. 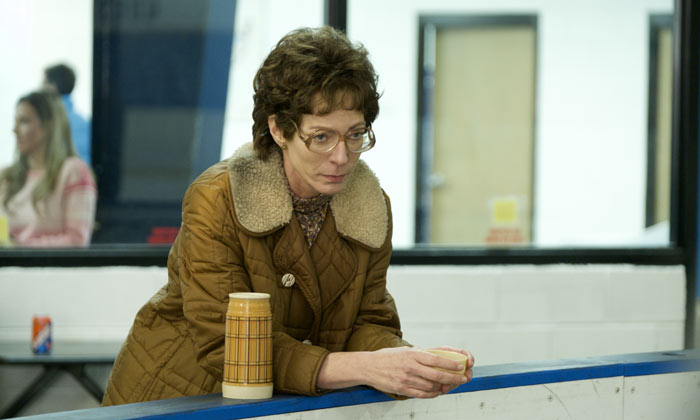 Allison Janney in 'I, Tonya'

More: The big winners of the 2018 Golden Globes