Following the second consecutive year of #OscarsSoWhite, the Academy has announced a huge diversity drive in its voting and membership base for 2017.

In response to the avalanche of criticism the Oscars received this year, the Academy Awards has invited a large number of stars to join its membership so that they can vote ahead of next year’s awards – including British stars Emma Watson, Idris Elba and John Boyega.

A total of 683 people, including a large proportion of women and ethnic minorities, have been invited to join the Academy in order to head off criticism following the #OscarsSoWhite controversy that has dogged the awards for the last two years in a row, after no ethnic minority stars featuring in the list of nominees for all four of the main acting categories, or the directing category. 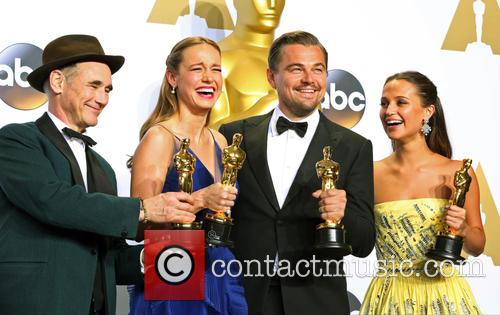 A statement on the Oscars’ official website on Wednesday (June 29th) said: “The Academy of Motion Picture Arts and Sciences is extending invitations to join the organization to 683 artists and executives who have distinguished themselves by their contributions to theatrical motion pictures. Those who accept the invitations will be the only additions to the Academy’s membership in 2016.”

For a long time, the Oscars has struggled with its reputation for being an almost exclusively old, white and male club. It has previously vowed to expand its membership to reflect diversity in the industry, but this latest announcement constitutes the Oscars' most thorough effort yet.

Other high-profile names to be invited to join include Brie Larson, Michael B Jordan, Eva Mendes, Oscar Isaac, Alicia Vikander and Mary J Blige – but the Academy has also cast a wide net to get names from overseas on board, with 283 filmmakers, writers, cinematographers and executives from 59 countries also on the list.

Cheryl Boone Isaacs, president of the Academy, said separately: “We’re proud to welcome these new members to the Academy, and know they view this as an opportunity and not just an invitation, a mission and not just a membership.”

“The board and membership are very proud of this day,” Isaacs’ statement continued, according to the Hollywood Reporter, which saw the Academy “open its doors wider, and create opportunities for anyone interested in working in this incredible and storied industry.”