Phil Rudd was left off a press image of AC/DC last month.

AC/DC drummer Phil Rudd, 60, has been arrested in New Zealand and charged with ordering the murder of two men. A member of the Taurango Central division of New Zealand Police confirmed the arrested though did not provide any further details. According to Stuff, Rudd was also charged with possession of methamphetamine, possession of cannabis and threatening to kill. 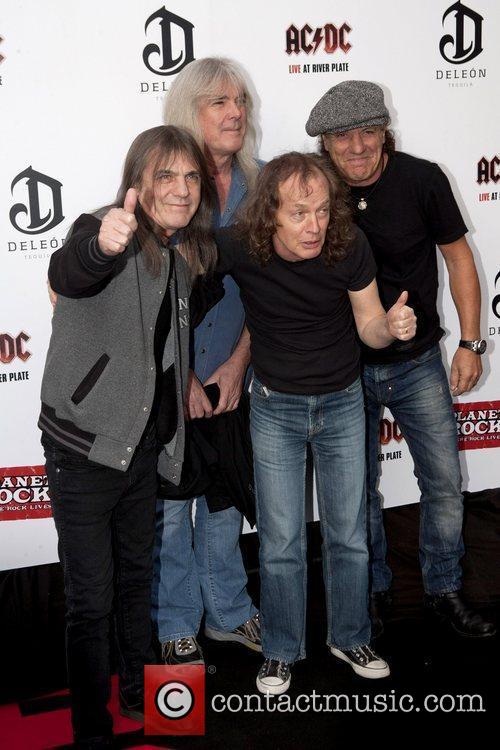 The legendary band's long-time drummer appeared in court on Thursday afternoon and was released on bail shortly afterwards. He is due back for a hearing in three weeks, when a trial date could be set.

Though details remain sketchy, it is believed that Rudd was "accused of procuring murder" between September 25th and 26th this year. Last month, ahead of the announcement of AC/DC's 2015 world tour, a press shot of the band featured Brian Johnson, Cliff Williams, Angus Young and Steve Young but did not include Rudd. A spokesman for the band said the drummer was unable to make the photo-shoot but was still a member of the band.

More: AC/DC confirm Malcolm Young will not return for Rock or Bust

The band will release their first record for six years, Rock or Bust, on December 2. However, it was announced earlier this year that founding member Malcolm Young had left the band due to illness, later confirmed as dementia.

Rudd joined AC/DC in 1975 and remained with the band until 1983, when he moved to Tauranga. However, he re-joined in 1994 and has been a permanent member ever since. He released his debut album, Head Job, in August.

It is not known whether Rudd's legal problems will affect AC/DC's tour next year.

More: Calm down internet, AC/DC are not splitting up