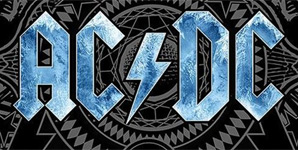 The arrival of a new album from AC/DC - their sixteenth official release - will divide the listening population of the world into two camps the first comprising those who view the Australian quintet as self parodying dinosaurs who should have suffered extinction at the same time as Cresta and the Ford Capri. Then there are those who regard the truculent old buggers as post-modern diamonds in the rough, collectively unable to excise from their minds the image of a diminutive Angus Young goose stepping across a stage somewhere cranking out the intro chords of Whole Lotta Rosie whilst the throng screams 'Angus' in unison between. For the avoidance of doubt, I'm with the latter gang.

And they're plenty of us. Since breaking out of their home country in 1975 with High Voltage, the band's global album sales have climbed to more than 200 million, with their magnum opus Back In Black trailing only to Thriller as the most popular record ever made. It's estimated that it still sells a million copies a year.

Eight years after the mediocre Stiff Upper Lip, Black Ice is exactly what you would expect. Let's face it, this is a band who've committed one song with an accoustic guitar lead on it to vinyl in thirty three years, and for whom dance music ended with Saturday Night Fever. Their strength is in simplicity, each song using the same primeval twelve bar template garnished with salty tales of antipodean working class bars, fights and dangerous liaisons. It certainly 'ain't broke and Brian Johnson's napalm chugging larynx still carries enough authority to bring real power to the familiarly hirsute opener Rock n' Roll Train.

Given their singular status in a twenty first century which seems to want to have little to do with their denim and leather aesthetic, points of external comparison are practically nil, so the question is whether Young and Co. are still enjoying themselves. They are. The pugilistic Spoilin' For a Fight contains all the vigour of debutants, War Machine is a bristling, cautionary chug and She Likes Rock N' Roll is the kind of fist pumping crowd pleaser that will doubtless be a staple of their forthcoming world tour.

There's also plenty for the critics to crow about though. Even the fanatics would probably acknowledge that Black Ice is three tracks too long, and there's certainly nothing worthy of being inducted into their vast back catalogue of classics. Add to this a frissant of casual sexism - for example the 'Schoolgirl fantasy' of Rock n' Roll Train - combined with their curmudgeonly lack of progression and they're undeniably feeding their high brow pot-shotters with plenty of ammunition. But it would be a travesty if the boundaries of what we deem to be rock and roll were defined by lightweights like Pete and Carl or Jack and Meg. AC/DC are about to rock, and we still salute them.