Writer Mark Millar has confirmed a sequel to 'Kick-Ass' is expected to shoot in the summer. 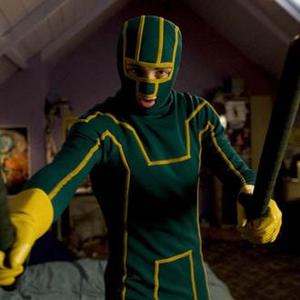 'Kick-Ass 2' is set to shoot this summer.

Mark Millar - who created the story About A Boy who decides to become a super-hero - has confirmed a second story is expected to go into production later this year, and has hinted Matthew Vaughn will also be working on the project, although it is not known in what capacity.

He said: ''We shoot 'Kick-Ass 2' and 'American Jesus' this summer. Then Matthew and I have 'Secret Service', which is a neddy James Bond.''

As yet the film does not have an attached director or stars and studio Lionsgate has made no comment about its production.

Jane Goldman, who wrote the screenplay for the first movie, admits she was ''amazed'' at the response Chloe Moretz - who played foul-mouthed 11-year-old assassin Hit Girl - had for the part.

She said: ''We didn't set out to shock, we just wanted to tell a good story.

''I was a little bit amazed that the Americans were more offended by the C-word than by the fact Hit-Girl was cutting people's legs off.''

'Kick-Ass' - which starred Aaron Johnson as the titular hero - made $96 million worldwide on its release in 2010.